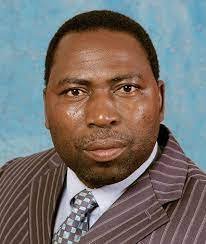 Professor Magwa appointed in Research Council of Zimbabwe board

Midlands State University (MSU) Language Institute Executive Director
Professor Wiseman Magwa was appointed as board member to the Research Council
of Zimbabwe (RCZ), an Advisory Board to the Office of the President and
Cabinet.

RCZ’s role is to advise the government on issues of research for
sustainable development and providing an exceptional forum for interaction and
discussion for the mutual benefit of government, academia and industrialists.

It is also a convenient conduit for financial and infrastructural support
for collaborative research among research institutes and councils.

Professor Magwa said he was humbled by the appointment saying it was a
result of hard work he had exuded over the years and he will work hard in his
newly appointed role.

“I am humbled by the appointment which I think is a result of hard
work that I have been doing since I started working in the government as a
teacher back then. I will work hard to produce results as I have been doing all
along. I am a goal getter and will fulfil the requirements of this new
mandate,” said Professor Magwa.

A full Professor of Language Educations, Professor Magwa is the founding
Vice Chancellor (VC) of the Reformed Church University (RCU) where he served
two terms and retired only to take up a new post at the then newly established
National Language Institute at MSU.

The prolific Professor has published extensively in the field of language,
culture and education with more than 100 publications to his name among them 28
are book publications which are used as reference texts in schools, colleges
and universities.

Professor Magwa, as executive director of the Language Institute, has
successfully coordinated the translation of the New Constitution of Zimbabwe
into all the locally recognised languages in Zimbabwe including Sign language
and Braille.

Under his leadership, the Institute managed to make Zimbabwe the first
country to date in Africa and beyond to translate its Constitution into all
official languages.

This year, he coordinated the translation of the National Development
Strategy 1 (NDS 1) into all officially recognised indigenous languages including
Sign language and Braille.

His other notable achievements are being the Chief Language Consultant in
the making of Zimbabwe’s new constitution, Chief Consultant in the Constitution
Dissemination, Awareness and Education Project in Zimbabwe funded by the
European Union in partnership with Ministry of Justice, Legal and Parliamentary
Affairs and the Zimbabwe Catholic Bishops Conference.

He was a board member of the Pan African Centre for Advanced Studies of
African Society and the winner of the Academic Leader of the Year Award
(2017)-Christian Business & Leadership Awards in the Higher &Tertiary
Education Sector.

He is an external examiner for 10 international universities, a novelist
and writer of 28 books in both Shona and English and published more than 100
academic articles.

He published three research reference textbooks used in universities and
colleges namely Supervision of Dissertations, These and Projects: A Guide for
students and their Supervisors. Gweru: Dream Discovery Publishers (2021), Writing a Research Proposal:
A Step by Step Student Guide. Gweru: Mambo Press (2017) and A Guide to Conducting
Research: A Student Handbook. Washington: Strategic Book Publishing (2015).

A teacher by profession, Professor Magwa worked as a school teacher at
Fletcher High School (1985) and Thornhill High in Gweru (1986-7), before
joining Gweru Teachers College in 1987 as a lecturer.

He rose through the ranks and became a Senior Lecturer (1990) before being
appointed Principal Lecturer in 1994, a position he held until the establishment
of the Midlands State University in 1999.

He then enrolled as a Doctoral candidate with UNISA in 2005 and
successfully completed his doctoral studies in a record time of only three
years and graduated in 2008 with a Doctoral degree in Language Education.

In 2009, Professor Magwa was promoted to the grade of Full Professor and
was again appointed substantive Dean of the Faculty of Arts and Education at
the Zimbabwe Open University (ZOU) in the same year to pursue a career in Open
and Distance Learning.

After serving for only two years as Faculty Dean, Professor Magwa was
appointed Acting Vice Chancellor of the newly established Reformed Church
University in 2011.

He went on to re-joined MSU as a Senior Professor and was appointed founding Executive
Director of the MSU-Language Institute in September 2018 a position he holds to
date.