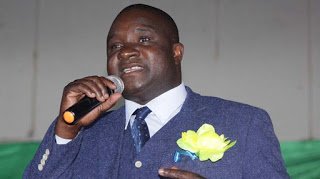 A number of Civil Society Organizations (CSOs) and residents associations have teamed up to demand that they be consulted when political parties make decisions to recall legislators and councilors.
The group which is operating under the banner Zimbabwe Devolution Campaign (ZDC), says it is aimed at having residents’ inputs in devolution processes and giving power to the electorate.
Zimbabwe Devolution Campaign which was launched in May this year, is seeking the amendment and alignment of the Electoral Act with the devolution agenda, to allow the voice of citizens to be heard and considered in the recall of elected officials.
One of the organizations which is part of the consortium, Masvingo United Residents and Ratepayers Association (MURRA) spokesperson Godfrey Mtimba said the campaign is meant to end the abuse of power by party leaders while the electorate is being disadvantaged.
“As joint residents associations and CSOs we have come up with a campaign called the Zimbabwe Devolution Campaign so that we confront those political leaders who are recalling elected leaders without the consent of the electorate who are residents.
“We want the amendment of the Electoral Act in 2023, so that there is democracy by having real representatives of the people in council and parliament. It is the people who have voted for those political leaders so they have to be consulted,” said Mtimba.
This comes at a time when the electorate and various CSOs are calling for the announcement of dates for by-elections to fill vacant parliament and council seats which they say has affected development at all levels.
Recalling of councillors and parliamentarians has been on the increase especially in the Movement for Democratic Change (MDC) camp where infighting and jostling for power continue to intensify.
The ruling party also recalled its Chivi South legislator Killer Zivhu for allegedly trying to force a dialogue between President Emmerson Mnangagwa and MDC Alliance leader, Nelson Chamisa mid last year.
Share
Facebook
Twitter
Pinterest
WhatsApp
Previous articleCitizens demand tough penalties on public funds offenders
Next articleChinese company sets up Iron ore plant in Chivhu