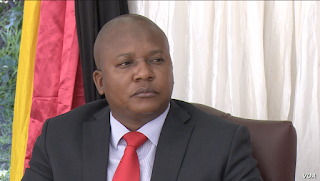 CHIVHU -A Chinese mining company, Tsingshan Holdings is in the process of setting up an Iron ore and steel plant at Manhize Mountains in Chivhu , Chikomba district part of Mashonaland East Province, TellZim has learnt.

The group (Tsingshan Holdings) has already established a similar mine in Chegutu through its subsidiary Afrochiine smelting plant located in Selous.

Speaking during a recent visit by an  inter- ministerial committee, the said government was carrying out a visibility study to establish when the mining operations can be started.

“The  Tsingshan group is set to construct a giant carbon steel plant on a three thousand hectares of land in Manhize and we have confidence in the company’s investments following the second republic’s Zimbabwe is ‘Open for business mantra’.

“The Government is carrying another feasibility study to establish how many villagers are likely to be affected by the new development, “Kambamura said.

The subsidiary’s managing director Benson Xu said the company is going to create employment opportunities to about 4 000 people through the smelting and mining plant.

“The programme was initiated in 2013 because we had a vision for Zimbabwe but from that period to 2017 there was ‘no open for business policy’ so we failed to achieve our goals,” Xu said.

According to the inter-ministerial committee, the project requires the construction of a railway line.

The committee was made up of ministries of Home Affairs and Cultural Heritage, Local Government and Public Works, Energy and Power Development, and Transport and Infrastructural Development make up the committee that visited the site.

The Chinese have over the past few years establishing  mining operations in Zimbabwe mining gold, diamond ,chrome among other minerals .However, they are being been blamed for land degradation as they leave open gullies in many areas they operate.