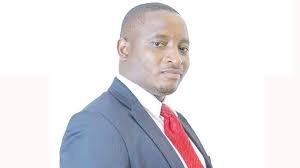 Masvingo Mayor Councillor Collen Maboke has confirmed that work has started on repairing the Rujeko sewer plant with a de-slugging exercise that saw the removal of 80 tons of grit.

The Rujeko sewer plant has been having problems for some time with untamed discharge of raw sewer into Mucheke River being a cause for concern.

Maboke said residents should desist from throwing grit into the sewer system because once they block, it becomes a problem to both the city council and the residents.

“I encourage residents to work together in making sure that the plant is kept safe by not throwing grit in the sewer systems since the blockages always affect them.

“It takes a lot of time to fully repair and renovate the sewer plant because there is still a lot of grit to be removed. Right now I cannot give the date and time when repairs will be finished,” said Maboke.

Masvingo was fined $8 000 in 2014 for discharging raw sewage into Mucheke River, one of the tributaries which flow into the city’s main source of water, Lake Mtirikwi.

The discharge of raw sewage into the streams feeding to main water sources is one of the problems the Auditor General Mildred Chiri highlighted on Masvingo City Council in her recently released 2019 report.