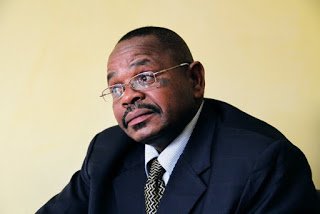 Brighton Chiseva
Zaka legislators say they are receiving reports from various wards about social welfare officers who are corruptly distributing social welfare food aid, depriving the intended beneficiaries who are mainly vulnerable people like orphans and the elderly.
The officials are reportedly disregarding the welfare lists provided to them by village heads and councillors so that they can smuggle in their own people.
“They are rude and do not abide by lists provided by councillors and kraal heads, you find that some 90 year-olds are not receiving food aid while able-bodied people are benefiting,” said Zaka South MP Samson Mukanduri.
He mentioned one case when all people in Wasarira village in Ward 25 were omitted from the list despite some well-deserving people living there.
“Sometimes they condemn the whole village if they have issues with the village head and they will randomly select those they want to benefit. Why punish innocent villagers because of one man,” said Mukanduri.
Zaka Central legislator Paradzai Chakona said he once visited a distribution centre in Ward 9 and noticed able-bodied young people receiving food and was told that officials had tampered with the lists and put their own relatives and friends.
“There were a lot of complaints in that regard. We want comprehensive investigations to begin so that those who are found abusing their positions are prosecuted,” said Chakona.
Robson Mavhenyengwa of Zaka North said an officer who was put in charge of distribution in Ward 3 in Ndanga rejected the list and used his own.
“He compiled his own list of friends and relatives that he later used,” said Mavhenyengwa.
Vincent Mawere of Zaka West urged people to be proactive in identifying and reporting cases of corruption to save the programme from saboteurs.
“Let’s unite and find solutions to our own problems and let’s do all that we should do to save this programme,” said Mawere.
Meanwhile, villagers of Ward 1 in Gutu have disrupted a distribution programme in protest over corruption by social welfare workers.news