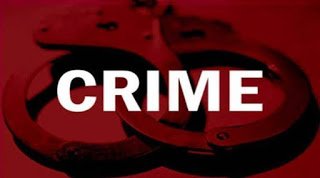 MASVINGO-Two women and a man from Rujeko suburb in Masvingo will each perform 280 hours community service after they connived to unlawfully terminate a pregnancy.

The three who appeared before Masvingo Magistrate Grace Tupiri were initially slapped with a 14 month prison term each before six months were suspended on condition that they do not commit a similar offence in the next five years and the rest of the sentence was set for community service.

Lessly Ncube (22), Tatenda Zivuku (25) and Nicholas Matemera (25) all from Mwenezi, Rujeko and ZBS suburbs in Masvingo were arrested on June 17 after police found a lifeless foetus dumped in a plastic bag in Pangolin suburb.

The state case as presented by Prosecutor Precious Takuva was that sometime in early June, Ncube told Zivuku, who is her friend that she was pregnant and that she wanted to terminate it.

Zivuku then informed Matemera that her friend wanted to terminate a pregnancy and if he could assist, after which he agreed.

On June 16 2021 at around 6am the three accomplices connived to insert a pill into Ncube’s genitals leading to the abortion after which they placed the foetus into a plastic bag.

The following day, Zivuku took the plastic bag and threw it into a sewage drainage canal near Pangolin suburb.

Acting on a tip off, police the arrested the three who led them to the recovery of the foetus and Ncube was taken to Masvingo Provincial Hospital where she was medically examined.