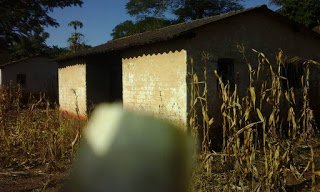 The
battle between Shabanie-Mashava Mines (SMM Holdings) and its former employees
has taken a new twist, with mine authorities finding new ways to try and get
rid of its ex-workers in Mashava, TellZim News can report.

Former
workers, who have been holding on to properties as leverage for unpaid
salaries, have now been offered a chance to buy the houses.

However,
the purchase price of the houses will be set-off against salary arrears, a move
which has not been well-received by the former employees who are demanding what
they are owed in hard currency.

Letters
signed by SMM Holdings Administrator, Afaras Gwaradzimba offers the houses on
condition that the company performs some valuation exercises on the properties
first, with the ex-workers required to pay for any possible difference between
the value of the house and the amount they are owed in salaries.

“The
property described in the paragraph above is offered to you at the discretion
of SMM. The selling or purchase will be set-off against salary arrears owed to
you. In the event that the total of the selling or purchase price of the
property and Value Added Tax is higher than the amount owed to yourself, then
you shall be liable to pay the difference within an agreed timeframe from the
date of you having accepted the offer,” reads the offer letter.

TellZim
has since established that houses in Temeraire are being valued at an average
of US$6 000, those in Westonlee are being offered from a range of US$18 000 to
US$50 000 while those in Eastvale are going for an average of US$15 000.

A
former employee who was offered a visibly dilapidated house which is being
valued at US$6 000 told TellZim News that the offer was an insult and it
reflected badly on the company’s sincerity on settling
the dispute once and for all.

“How
could they possibly offer me such a ramshackle for US$6 000? What I want is my
money then I vacate their house. I worked for several years to get money, and
not to be mocked like this,” said the ex-employee who spoke on condition of
anonymity.

Before
the offer, SMM Holdings had been evicting former workers, some of whom were
served with papers that claim they owed the company since they had stayed in
the houses without paying rent.

SMM
Holdings owes its ex-employees over US$17 million and current workers US$19
million in unpaid salaries, a debt which has accrued in a period covering 17
years.