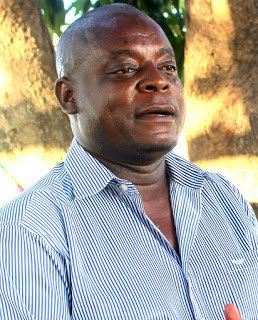 TellZim Reporter
War veterans aligned to Vice President Emmerson Mnangagwa are baying for Bikita South Member of Parliament (MP) Jeppy Jaboon’s blood amid reports that the Zanu PF Masvingo province Political Commissar (PC) has jumped ship to join the Generation 40 (G40) faction.
Addressing liberation fighters and war collaborators in Masvingo over the weekend, War Vets secretary general Victor Matemadanda attacked Jaboon for aligning with G40 before he wished him dead.
“Nyika ino haina here varoyi zvife (Are there no witches in this area to kill him?). We used to work together with his father but I don’t know what got into the mind of this young man,” said Matemadanda.
When contacted for comment, Jaboon refuted allegations that he is aligned to G40 faction and insisted that he supports President Robert Mugabe and the entire leadership.
“I am a son of a war veteran and I respect all who fought for the liberation struggle. I think its mere politics to say I am aligned to G40 – the truth is that I am even closer to VP Mnangagwa than them and I respect him because he is the second in command. The VP even attended the burial of my father. Those who wish me dead have a different agenda and wanted to hide behind VP Mnangagwa’s name,” said Jaboon
Masvingo Minister of State for Provincial Affairs Shuvai Mahofa however said war vets should not worry because she knows how to deal with Jaboon.
“He (Jaboon) is a small boy; I know how to handle him,” said Mahofa.news