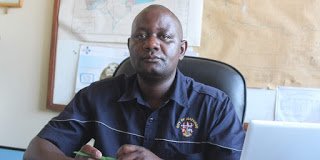 City of Masvingo on
Thursday, April 29, 2021 paid the full amount that the Zimbabwe Electricity
Supply Authority (ZESA) for the replacement of a high-voltage transformer which
fed the water intake tower at Bushmead before it got damaged earlier in April.

The city, which already
had been struggling to supply water to residents, reduced pumping further after
the transformer was damaged. The power utility responded by connecting the
intake tower to an alternative feeder which, however, does not carry sufficient
voltage to power both pumps.

On February 27, Zesa,
through its subsidiary the Zimbabwe Electricity Transmission and Distribution
(ZETDC) sent an almost $6 million quote to council for the replacement.

When contacted for
comment, acting Town Clerk Edward Mukaratirwa confirmed paying the full amount
$5 763 327.94 after council made a resolution to settle the amount as a matter
of urgency.

“We made the full
payment today and it is our hope that work will begin as a matter of urgency.
That would be our hope that the severe water shortage will come to an end,”
said Mukaratirwa.

He said Zesa had
indicated that a suitable transformer had been identified in Mwenezi but it was
not yet clear when it would be moved to the new site as the logistics were not
yet in place.

When asked why council
paid a public company for repair work on key infrastructure, Mukaratirwa said
ZESA had communicated that since council was the sole user of that
infrastructure, the cost of replacing that equipment should be shouldered by
the local authority.

“But should anybody
else get connected to that equipment in the future, we would be due for some
recompense,” said Mukaratirwa.

He also said the new
transformer would receive power from the Zesa substation located inside the
Bushmead Water Works premises, meaning that the intake tower would be connected
to a backup feeder line when the line that got disrupted gets back online.