ZANU-PF cadres in fist fight over food relief in Bikita 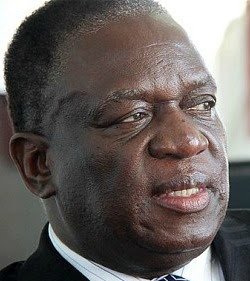 Itai Muzondo
There was drama in Bikita recently when Zanu-PF Provincial Youth Chairperson, Nobert Ndaarombe Bikita District Coordinator Isaac Mashanda teamed up to fight Munyaradzi Kereke’s constituency coordinator Simon Muchafa after a misunderstanding over the distribution of donated food.
The fight reportedly erupted when Ndaarombe and Mashanda disagreed with Muchafa who had demanded Bikita West’s share of 200 bags of donated maize that was stored in the Zanu-PF Provincial Political Commissar, Jeppy Jaboon’s Highway Shop.
“It was real drama as the trio engaged in a fist fight in the presence of their boss Jeppy. The issue they fought over was Muchafa’s request of maize belonging to his superior, Munyaradzi Kereke’s constituency which was being stored at Jaboon’s shop.
“Before the misunderstanding degenerated into a fist fight, there was a harsh exchange of words with Muchafa saying he suspected Jaboon, Muchafa and Ndaarombe were selling the relief supplies,” a source said.
Muchafa confirmed the incident but avoided getting into detail about the fight.
“Yes, I was attacked by Ndaarombe and Mashanda. Nothing was reported to the police and I can’t give more details as the issue is still being looked into by the party,” confirmed Muchafa.
Jaboon however denied any knowledge of the fracas and said he was surprised there was a fight at his shop before offering contact details of the involved parties for further clarification.
When contacted for comment, a fuming Mashanda refused to comment on what led to the row, saying the press had nothing to do with the issue.
“Listen now young men, that issue doesn’t involve you and you have nothing to do with it. I urge you to even delete my number from your contact list after this call and you should also know that I do not talk to newsmen,” replied Mashanda angrily.
His colleague, Ndaarombe also denied being involved in the fight, saying he only warned Muchafa not to act unprocedurally.
“I never laid a hand on Muchafa. All I did was warn him that if he doesn’t observe party protocol, there wouldn’t be any harmony. I told him that being Kereke’s coordinator doesn’t make him the Bikita West M.P. That’s all I said,” Ndaarombe said.news