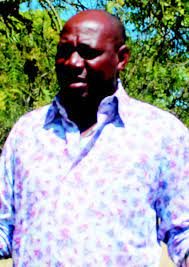 It
never rains but pours for the Makwarimba family as Zanu PF Masvingo province
has demoted Phainos from his position as the deputy provincial political
commissar and barring him from attending the party’s Provincial Coordinating
Committee (PCC) and Provincial Executive Committee (PEC) meetings.

The Makwarimbas,
who recently lost their father Clemence to Covid-19, were at the centre of controversy
during the Zanu PF District Coordinating Committee (DCC) elections after they openly
expressed their dissatisfaction on the manner on which the elections were
conducted in the province.

In a
letter dated February 3, 2021, addressed to Phainos, Zanu PF provincial
disciplinary committee said that he is an illegitimate member of the provincial
executive.

“The
provincial disciplinary committee notifies you that you are not a legitimate
member of the Provincial Executive Committee as there are no minutes to support
your co-option into the executive.

“You
are hereby barred from attending any Zanu PF Provincial Coordinating Committee
and Provincial Executive Committee meetings with immediate effect,” reads the
letter.

The
committee chairperson and deputy provincial chair Robson Mavhenyengwa said Phainos,
who has served for about five years in the commissariat department, has been
reduced to a card carrying member.

“We are
just doing our job and we found out that there were no supporting documents to
Makwarimba’s (Phainos) position.

“There
is nothing amiss about it because the procedure is very clear and it should be followed.
Whenever there is a co-option, there should be minutes which are presented to
the PEC and PCC meetings.

Phainos
told TellZim News that he was shocked to receive a letter from the disciplinary
committee as he was unaware of any disciplinary case.

“What I
know is that I was co-opted and I have served with distinction for the past
five year. It boggles the mind when one says I was not co-opted after five
years.

“It
just does not make any sense. The letter came from the disciplinary committee
and I do not recall have any disciplinary case.

“This
was an administrative issue so why was the disciplinary committee involved? Nothing
makes sense at all. Who should produce the so called minutes?

“The
letter says it is clarifying my position in the province yet I never sought any
clarification,” said Phainos.