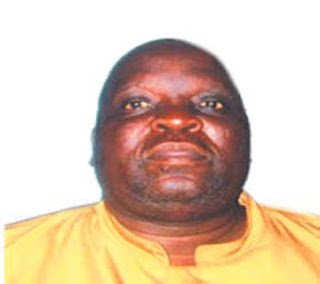 … Expelled cadre dragged to court over the issue
By Itai Muzondo
BIKITA – The Bikita ZANU PF executive has locked horns with expelled party cadre Rtd Colonel Claudius Makova who is demanding back a ‘donation’ of office furniture which is used at the Bikita district’s party office.
The furniture was given to Zanu PF before Makova was fired for aligning himself to the ousted Vice President Joice Mujuru.
After being fired from Zanu PF, Makova sent another expelled party member Kudakwashe Gopo to go and collect his personal property from the party office.
However, the district co-ordinator, Isaac Mashanda denied Gopo from taking the said property and a verbal dispute erupted.
Mashanda took a legal action against Gopo and he has since dragged him to the courts.
It is the state’s case that on the first of June, Gopo went to the Bikita ZANU PF offices where he met the complainant to whom he told that he had been sent by Makova to retrieve his property which was still being used by the party after his expulsion.

Makova
It is alleged that Gopo attacked Mashanda verbally with abusive language before threatening to burn down the offices three times after the complainant had refused to release the office furniture.
However, Gopo’s legal representative Phillip Shumba, of Shumba and Mutendi Legal Practitioners maintained that the allegations being made by the complainant were unfounded arguing that Mashanda gave two statements to the police which do no tally.
“The differences shown in these statements in paragraph three show inconsistence in your facts as what you gave to the police on the first of June and what you gave to the police again on the 15th of June do not tally which might make the court believe that your allegations are unfounded,” defended Shumba.
In the cross examination, Mashanda revealed that he refused giving Gopo the furniture he had been sent to collect as he was not allowed to speak to expelled ZANU PF members though he later noted that there was no bad blood between him and the accused.
“I could not give Gopo the furniture since I am not allowed to talk or co-operate with expelled ZANU PF members by the party. I cannot say that there is bad blood between me and Gopo since he is my maternal uncle and I was even surprised by his threats and words he said attacking me verbally with abusive language on the first of June,” Mashanda told the court.
Presiding over the issue, magistrate Victor Mohammad set the case for continuation on the 28th of July 2015.local
Share
Facebook
Twitter
Pinterest
WhatsApp
Previous articleI’m busy – MP tells people in his constituency
Next articleBikita Minerals set to resume long service awards