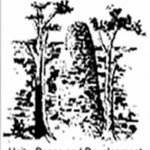 Zaka – Zanu-PF members who gathered  for a party meeting at Jerera council hall last week were told to unite and behave well lest they  risk expulsion from the party.
The meeting was organised ‘to restore sanity’ in the aftermath of the stay away dubbed National Shutdown.
National Youth Secretary for Administration and Central Committee member, Severino Kazizi told party members and leaders in the province to unite and behave themselves in the face of what he claimed to be Western-sponsored demos which are flaring up in the country.
“I want to urge you to unite and those who cannot contain themselves will be expelled from the party,” said Kazizi
He also tried to justify government ban on imports of household goods and accused South Africans of spearheading the demos in Beitbridge.
“The South Africans relied on Zimbabwe and the move was a blow to them hence they tried to counter it by organising demos,” he added
Also present at the meeting was Masvingo Provincial Chairperson Amasa Nhenjana who asked people to comply with orders from their leaders.
Zaka East legislator, Samson Mukanduri claimed Zaka was the only district in Masvingo where there was no factionalism.
He warned people against joining Joice Mujuru’s Zim PF party, claiming the party was making some in-roads in parts of the district.
Mukanduri has been widely criticised for not doing anything for his constituency since he became MP.
He however criticised Mujuru saying she was never known in the area and never built a single toilet in her own home area so she was not capable of being president.
“Mujuru was never known by his electorate and never painted a toilet, let alone build one,” said Mukanduri.news

He who said it can not be done must not disturb the one doing it!
Share
Facebook
Twitter
Pinterest
WhatsApp
Previous articleJonathan Moyo fears Team Lacoste, leaves Masvingo in huff
Next articleMDC-T in door to door campaign ahead of Masvingo demo