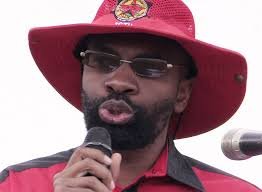 Organisations like the Zimbabwe Coalition on Debt and Development (ZimCODD) and the  Zimbabwe Congress of Trade Unions (ZCTU) have criticised the newly gazetted Statutory Instrument (SI) 127 of 2021, which seeks to penalise transactions in foreighn currency among other things, saying government should widen its consultations base before deciding on monetary policies.

In a press statement ZIMCODD said the new SI glimmers an elite-governance phenomenon which is exclusionary in nature perpetuates inequalities as it does not take cognizant of the realities of the economy as experienced by majority of citizens.

“SI 127 of 2021 entrenches the politicization of the economy where market forces are crippled by the imposed regulations. In as much as the government should regulate the market to avoid market failure, it should never overregulate or paralyze market forces as this will send a bad signal to investors who are motivated by an economic environment that is predictable,” reads the statement.

Zimbabwe Congress of Trade Unions (ZCTU) President Peter Gift Mutasa told TellZim News that the introduction of the SI127 of 2020 will affect workers and the poor more than anyone else.

“SI 127 of 2021 like all the other statutory instruments promulgated after November 2017 will always affect the workers and the poor more than business. Business will not be seriously affected because they will pass on the cost to the poor.

“For as long as we have not addressed the macro-economic policy itself for economy to work for the majority, SI 127 of 2021 will not work. The fundamental question of the mismatch between prices and wages has to be addressed through national policy. No economy will stabilise when workers earn in devalued local currency while prices of goods and services are pegged in foreign currency,” said Mutasa.

However, Regional Officer for Consumer Council Zimbabwe Masvingo Ndumiso Mgutshini said the move by government was long overdue as consumers who have no access to forex were finding it difficult to transact in local currency because of the pricing.

“From a consumer perspective, the move was long overdue especially considering that those that receive salaries in forex were benefiting at the expense of the majority.

“The move will also end speculative tendencies by business people as some were accessing cheap foreign currency from the forex auction and abusing it for personal benefits,” said Mgutshini.

Zimbabwe Chamber of Informal Economy Associations (ZCIEA) Masvingo Territory president Tavengwa Mazhambe also weighed in saying the move is good as a security measure for business who get forex from the RBZ auction floor not to trade on parallel market rates.

“The statutory instrument could be a security measure for businesses but it will affect business negatively because of the resistance. I am also not sure if they consulted,” Mazhambe said.