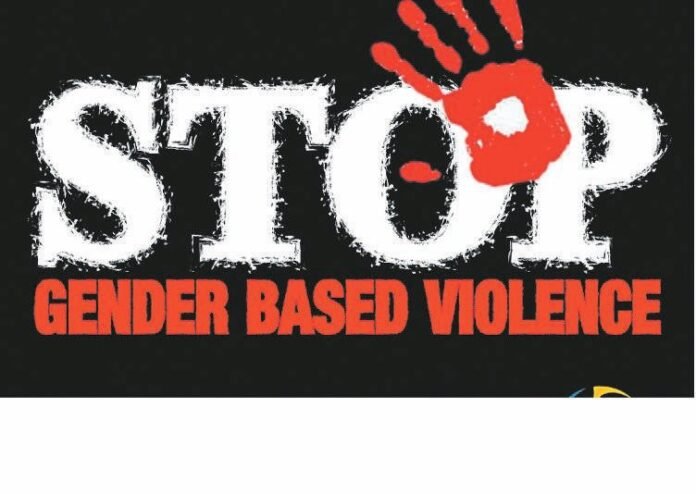 Gweru –Zimbabwe Republic Police (ZRP) has reiterated its commitment to fight in the corner of women and children against various forms of Gender Based Violence (GBV).
The call was made by Acting Midlands Provincial Police Spokesperson, Assistant Inspector, Fungai Ngawagare on the side lines of commemorations of 16 Days against GBV where he said police is mandated with the thrust to suppress all forms of criminal activities resulting in violence against women and girls.
“We cannot turn a blind eye on such an initiative (16 days) which is part of efforts in curbing crime. In this regard, the Zimbabwe Republic Police is obliged to uphold interests of children, women and men in the fight against all forms of Sexual Gender Based Violence.
“Gender Based Violence is violence involving men and women in which the female is usually victim and is derived from unequal power relationships between men and women.
“Violence is directed specifically against a woman because she is a woman, or affects women disproportionately. It includes but not limited to physical, sexual, psychological harm. It includes that violence which is perpetuated or condoned by the state,” he said.
He further highlighted that physical abuse mean inflicting injury, harm or causing physical discomfort to another person.
“Sexual abuse refers to any acts that include rape, indecent assault, aggravated indecent assault and having sexual intercourse with a young person.
“Emotional abuse includes constant criticism, name calling, public humiliation, intimidation, ridicule of victim`s beliefs just to mention a few.
“Gender Based Violence also extends to harmful practices that include child marriages or child pledging, forced wife inheritance, forced virginity testing, female genital mutilation, online sexual and child abuse, human trafficking and domestic violence.
“All these practices have negative effects on individuals, the community and nation at large. The effects include injury, loss of life, trauma, family disintegration, poverty, cultural denudation, loss of property just to mention a few. As a safeguard against GBV, certain statutes have been formulated with some conducts having been criminalized and are all punishable in terms of the law,” he added.
Ngawagare however said there was need for the police to achieve their mandate by conscientizing the public, protect rights of the vulnerable and arresting perpetrators of such offences.
“In addition, the ZRP also works hand in glove with organizations that protect rights of the vulnerable people in society which include Msasa, One Stop Centre, Child line, Family Support Trust, Social Welfare just to mention a few.
“We as the police do hereby plead with members of the public to desist from all forms of Gender Based Violence for they have negative effects to the perpetrator, victim and nation at large. In the event of disputes, the public is encouraged to find amicable ways of solving their disputes that is to seek counselling, engage neutral third parties or temporal separation.
“Those that are victimized are encouraged to report to the police or to any person of authority. To the perpetrators, we say, you won’t escape the hook of the law forever as one of the old saying says ‘one day the baboon will miss the branch’.
“As police we are saying be safe, avoid being at risk or being exposed to GBV. Do not withhold any information that may save a victim of GBV and obtain justice. Remember you are the mouthpiece of the silenced victim or survivor of GBV,” Ngawagare added.
Every year from 25 November to 10 December, ZRP women network joins Southern Africa Region Police Chiefs Co-operation Organization (SARPCCO) in commemorating 16 days of activism against GBV.
The member countries include South Africa, Botswana, Zambia, Mozambique, Angola, Malawi, Tanzania and DRC.