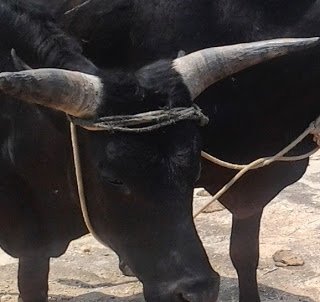 By Upenyu Silent Chaota
The treasurer of the Zimbabwe Commercial Farmers Union (ZCFU) in Masvingo, Mr Henry Machingambi said the abandoned and vandalised TelOne wires are being abused by the hunters to set traps for wild animals and in the end  at least 20 cattle in Masvingo are killed by those traps every month.
Farmers in Masvingo have therefore urged TelOne to remove their defunct landline telephone connection lines saying their availability have caused sleepless nights to farmers who are in constant fear of losing their cattle.
“It is quite unfortunate that the farmers in Masvingo and Zimbabwe as a whole are losing their cattle to snares put in place by hunters using the readily available and abandoned TelOne telephone wires. We have reported this problem to TelOne but it seems our plea fell on deaf ears…it has been seven months after  we reported this matter but no action has been made towards  removing or repairing these wires”, said Machingambi.
Machingambi added that long before ‘these wires were lying on the ground the hunters never used snares to capture animals and our cattle were much safer then’.

“Hunters started to set traps for animals because the wire was and is still at their disposal. I plead with TelOne people to take action quickly and see to it that their wires are removed or replaced quickly before hunters finish our cattle”, he said.
The chairperson for Masvingo Beef Producers Association, Mr Robert Makado said TelOne should act quickly to remove their wires because they have become a menace to farmers who are sometimes forced to kill their cattle prematurely when they find either heavily bleeding or injured by snares.
Although TellZimbabwe could not get an official comment from TelOne, sources from the sole landline telephone operator said the company was aware of the problem and logistics to have a teach which would repair the wires in Masvingo were underway. Local
Share
Facebook
Twitter
Pinterest
WhatsApp
Previous articleChidi school block officially opened
Next articleNew 2014 Zimbabwean Movie Review