Bhasikiti will not go anywhere – Gumbo 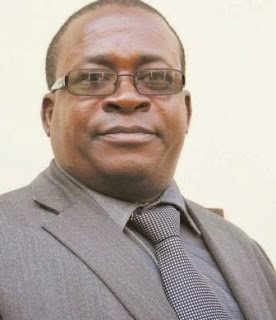 By Upenyu Chaota/ ItaiMuzondo
The embattled former Minister of state for Masvingo Provincial Affairs Kudakwashe Bhasikiti Chuma will not be fired from the party for aligning himself to the sacked Vice president Joice Mujuru, the Provincial Coordinating committee (PCC) was told last weekend.
This came at a time when people were thinking that Zanu PF was likely to expel the firebrand politician from Mwenezi who is currently accused of several counts of misconduct ranging from cutting down Mango trees in his farm to sabotaging President Mugabe.
Speaking at a hot PCC meeting held at Chiefs’ Hall in Masvingo, Joramu Gumbo who was presiding over restructuring process in Masvingo said the party was not continuing with the purging of its members aligned to Mujuru.
He singled out Bhasikiti as an example saying by firing the former minister, Zanu PF will be further alienating itself from the people.
“We shall not continue firing them (Mujuru cabal), our gospel today is that of unity and reconciliation. we know that they have people behind them and we dont want to lose that support for example Bhasikiti was voted by the people of Mwenezi and those people will go with him once he is expelled from the party,” said Gumbo.
Although members who were visibly angry at Gumbo tried to eject Bhasikiti and Claudious Makova from the weekend meeting, Gumbo protected the perceived enemies to the end.

Kudakwashe Bhasikiti Chuma
“We should unite with them if we want to win elections in 2018. There is no one with power to chase them here ….only politburo has that power. The politburo has expelled Rugare Gumbo, Jabulani Sibanda, Didymus Mutasa and Themba Mliswa from the party but the others were just withdrawn from their positions but are still party members. We plead with anyone from the Mujuru camp to come back and work with us,” added Gumbo.
Gumbo admitted that ZANU PF was in flames and it was high time people put their differences aside and work for the good and future of the party.
“Let’s build rather than destroy the party. It is easy to destroy but it takes time and effort to rebuild. Let’s work to bring people together for the good of the party. Our party is in chaos but the chaos does not involve everyone,” added Gumbo.
Gumbo reprimanded Bikita South MP Jeppy Jaboon who continued to boo Makova saying it was not proper for young people (Jaboon) to humiliate elders like Makova over factional differences.
“I am ashamed by this behaviour where you (Jaboon) continue to humiliate elders in the party,” said Gumbo.
However, Bhasikiti refused to comment saying the media was concentrating more on him at the expense of other crucial issues affecting the country.
“You all come to me I am not the only person who is newsworthy… report about other things,” fumed Bhasikiti.local
Share
Facebook
Twitter
Pinterest
WhatsApp
Previous articleNANGO dismisses regional coordinators
Next articlePoor service haunts Gutu Rural Hospital