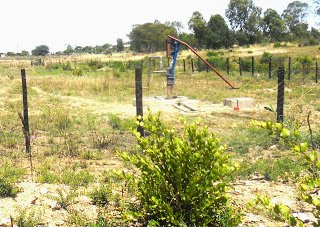 Checheche Growth Point in Chipinge has gone  for  three weeks without water after ZESA had to cut off power supply to the Zimbabwe National Water Authority (ZINWA) pumping facility over an undisclosed amount in outstanding bills.
The development has forced residents to resort to unprotected water sources for their domestic consumption thereby raising fears of Cholera and Typhoid outbreak in the area.

Council official from Checheche Robert Ziracha  said the dilemma faced by residents is likely to worsen.

“Its true that we have gone for three weeks without water and the problem is likely to worsen since the water pipes in some areas were damaged by graders which maintaining the roads,” said Ziracha.
One resident who declined to be named said they were left without an option besides consuming untreated water. He added that  residents were worried  because ZINWA was not taking meaningful steps to solve the problem.
“Council and ZINWA must solve this problem as soon as possible. We have gone for three weeks without water and they dragging their feet in addressing the problem. We can’t continue drinking water from the river because it’s not safe. They (council) must not take advantage of the people’s silence to manipulate us,” said the resident.
Another resident said the existing boreholes have salty water which is not suitable for human consumption.
“Children are the most affected as they had been used to safe water but they are failing to adjust,” said another resident.

Ziracha could not comment as to when the problem would be solved but he said that residents were receiving clean water from the boreholes.

“I cannot speak on behalf of ZINWA as to when they will resolve their dispute with ZESA but all I can say is that residents are drinking clean water from boreholes. Some are using water from Save River for their laundry and this makes the situation manageable,” said Ziracha.
Checheche Growth Point is eying town status and residents have called for council to take full responsibility of water pumping.