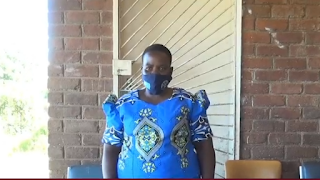 This
came out at a feedback meeting organized by TellZim on Saturday May 15, 2021, when
residents found an opportunity to interact with councillors to discuss issues
to do with service delivery and development.

Some
participants complained that council had raised water rates without engaging
them, saying they only came to learn about the new charges on their bills.

“We
are never consulted or even notified when they want to raise charges for water
services. We often just wake up to see changes in the tariff structure,”
claimed one resident.

Nhengu
however disputed the allegation saying council always engaged residents in all
matters of interest, and claimed that residents themselves were apathetic.

“Council
called for a meeting with the residents on the need to raise water charges. Very
few people attended the meetings and their views were considered in the final
resolution that was made. During the budget consultation meetings, we had
representatives from different sectors. When it was completed, it was brought
to every ward but the attendance was very poor,” said Nhengu.

She
said council was doing a great job in terms of service delivery, with water being
supplied to residents for five days a week.

Residents
also complained about corruption which they claimed was rampant in council as
witnessed by the recent dismissal of the town secretary and engineer over
criminal abuse of office.

The
participants also raised concerns over the council’s housing waiting list which
they said was getting longer and longer, with some now using corrupt methods to
jump the queue and to get multiple pieces of residential land.

In
his remarks, Mutimwiyi assured the residents that the council will do whatever
it takes to fight all acts of corruption.

“As
representatives of the town council, we do not condone any acts of corruption.
Councillors and council staff are supposed to help people, and that is why there
have been some dismissals of council employees over issues of corruption. Some
of those cases are now before the courts,” said Mutimwiyi.

On
the issue of the long housing waiting list, Mutimwiyi said council had plans to
service new stands to shorten the queue.

He said
the local authority was worried by the state of roads in its commonage.

“It’s
no secret that our roads are in a sorry state and that it is in our operational
mandate to create roads that befit the status accorded to Chipinge town. This
is why we have already started repairing roads in Ward 5 and Ward 6 and the
residents are happy,” said Mutimwiyi.