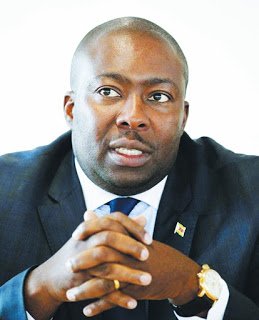 Increase Gumbo
A few weeks after the Minister of Local Government, Public Works and National Housing, Saviour Kasukuwere toured Chiredzi and uncovered various irregularities, residents have also alleged massive corruption and unaccountability in the town council.
Residents were speaking during a Local Government, Public Works and National Housing parliamentary portfolio committee meeting last week.
The committee, which is chaired by Mutasa South legislator, Irene Zindi, is holding hearings on service delivery in a number of municipalities countrywide.
Chairman for Chiredzi Residents and Ratepayers Association (CHRRA), Jonathan Muusha accused council of demolishing waiting rooms at Chiredzi terminus and converting them into tuck shops without consulting residents.
“That was a breach of the provisions of the Regional Town and Country Planning Act and it shows the arrogance and unaccountability that informs the conduct of council officials,” said Muusha.
Other residents pointed to recent revelations that councillors allocated themselves 40 stands each when 20 000 people are on the waiting list as evidence of the deep-seated corruption and selfishness pervading council.
“It requires one to be a close friend or relative of a councillor to get a stand,” said Deline Zvenhamo.
Bernard Dutch, who is Secretary for United Chiredzi Residents and Ratepayers Association (UCHRRA), said faceless people, the deceased and the mentally deranged are allocated land which is then taken by council officials for sale at inflated prices.
Residents of Makondo extension who got their stands in 2009 accused council of taking advantage of their desperation to overcharge them.
“The council overcharged us but till now we do not have any road at Makondo extension and the place is mainly bushy and vulnerable to thieves,” said one Simba Sibanda.
Zindi, however made a more favourable review of council business but urged officials to improve engagement with residents.
“Service delivery in Chiredzi is better than in other places we have visited but council needs to improve its image through participatory decision-making,” Zindi said.news

Tel :         +263 39 262 401
Website :    www.tellzim.com
He who said it can not be done must not disturb the one doing it!
Share
Facebook
Twitter
Pinterest
WhatsApp
Previous articleGutu RDC to take over water management from ZINWA
Next articleGutu woman suffers mental illness after razor blade operation