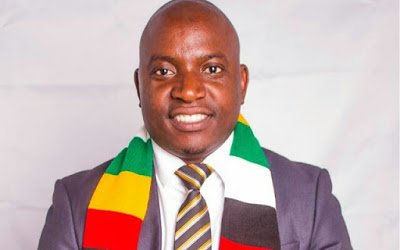 Brighton Chiseva
ZAKA – Preparations for two Zaka East sports galas organised by Talent
Chivange at Dzoro and Matara Schools sports grounds on July 27 and 28
respectively are at an advanced stage.
Sungura legend and Alick
Macheso’s mentor, Nicholas Zakaria and the Khiama Boys will perform at both
events where they are expected to give the audience a glimpse into his new album.
Chivange, who hails from Svuure
area in Zaka East, said the galas were a continuation of social programmes he
started in 2017.
He said the sports galas were
meant to create a social networking platform for youths to promote social
development.
“Preparations are at an advanced
stage. We are just doing final touches to the programme but most of the things
required for it to kick off are in place. The galas are meant to make sure that
young people do not indulge in bad behavior. They have to get exposure and
enjoy sport and get time away from the usual rural life,” said Chivange
He also said the galas were part
of his own contribution to President Emmerson Mnangagwa’s vision 2030 of making
Zimbabwe an upper middle class income economy by year 2030.
“I intend to bring soccer scouts
from Harare and Bulawayo. I am also liaising with Tau Mangwiro from Triangle FC
so that we can see how he can help our young people to develop. We want to
create some form youth development through sports because we have seen what our
national netball team ‘the Gems’ are doing at the 2019 World Cup. We take
inspiration from that,” said Chivange.
Last year, Chivange organised two
sports galas; one at Matara which featured Andy Muridzo and the other at Svuure
Secondary School where various teams walked away with cash prices.
Chivange has said he will install
solar systems at various schools and clinics in the constituency before the
gala.
Share
Facebook
Twitter
Pinterest
WhatsApp
Previous articleChitando the best of all Gutu MPs, says Matuke
Next articleMyAge Zimbabwe advertorial