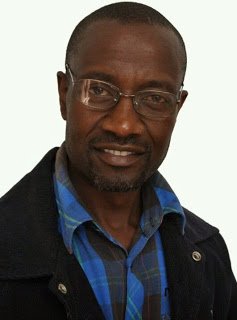 By Upenyu Silent Chaota
Masvingo City Council has embarked on a hasty 2015 budget preparations, a move which has been criticised by many residents who say that the council is trying to filter out diverse views from the residents.
The council has started doing fast track budget consultations which see them combining two wards for consultation when in actual fact they should consult ward by ward so that the people in that ward will not have to travel long distances to give their views as to what they intent to be in their budget.
The Masvingo United Residents and Ratepayers Association (MURRA) coordinator, AnozivaMuguti told TellZimbabwe that the city council is doing a great disservice to the residents since they are the ones who are affected by the budget.
“The city council should stop the hasty budget preparations and take their time to see to it that the residents are given the platform to air out their views regarding their budget”, he said.

He also said thatas the resident driven organisation, MURRA demands full civic participation in local government hence the city council should go through this process slowly and consulting each ward at a time not to combine wards.
“We are a resident driven organisation that demands full civic participation in local government. Residents have to be given room to air out their views regarding their new budget because they are the ones who will be affected by it.
We implore with the city council to slow down because the residents gave the right to have their views heard and be put in the budget. Combining wards for consultation is not a proper criteria to follow because many people will not have time to go to a venue that will have been selected for the occasion. A venue within the ward means that many people will attend because of proximity”, he added.
Conducted for commenting, the mayor of Masvingo Mr Hubert Fidze was not answering his phone.Local
Share
Facebook
Twitter
Pinterest
WhatsApp
Previous articleCrocodiles terrorise Mazare community
Next articleSCMZ urges varsity students to remain focused