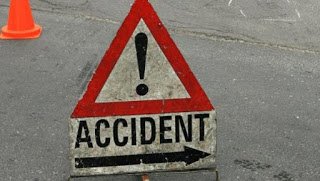 Itai Muzondo
Former Bikita Rural District Council (RDC) Chief Executive Officer (CEO) Joshua Mupamhadzi was involved in an accident when his car ran over and killed two minors, Ronald Munyeperi (12) and Liliosa Chikozha (16) while Brian Mauya (14) was seriously injured.
The accident happened near Nyika Growth Point on April 29.
Masvingo Provincial Acting Police Spokesperson, Assistant Inspector Kudakwashe Dhewa said the accident occurred close to the 212 km peg along the Masvingo – Mutare highway.
“Mupamhadzi Joshua was driving his Toyota Hilux due east, towards Mutare with no passengers on board. Ronald Munyeperi was crossing the road from North to South and the other two victims, Liliosa Chikozha and Brian Mauya were beside the road.
“When Mupamhadzi was approaching the 212 km peg, he hit Munyeperi and swaved resulting in him simultaneously hitting Chikozha and Mauya who were beside the road. Munyeperi sustained head injuries and died on the spot whilst Chikozha who also sustained head injuries died upon admission at Nyika Clinic. The third victim, Mauya sustained critical head and wrist bruises and is currently admitted at Silveira Mission Hospital,” Dhewa said.
An eyewitness told this publication that the accident happened while Munyeperi was trying to recover his tennis ball from the busy highway.
“The kid was playing with a tennis ball along the busy highway. The accident then occurred when he tried to recover his ball which had bounced to the road side and he was hit by a car that was coming,” the eyewitness said.news