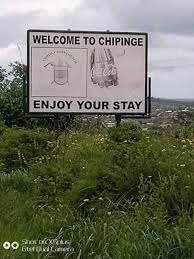 CHIPINGE –Armed security guards from Greenfuel Company moved in to destroy crops belonging to over 1000 families from Chinyamukwakwa village in Chipinge on Thursday to pave way for the expansion of the ethanol producing company.

Greenfuel, which is co-owned by businessman Billy Rautenbach and Agricultural Rural Development Authority (ARDA) dispatched security guards armed with guns and dogs and has since started destroying crops.

Villagers who spoke to TellZim News said their unharvested crops have been destroyed, leaving them stranded as they were their only source of livelihood.

“The company dispatched security guards armed with dogs and guns. They destroyed unharvested crops and some villagers’ houses.

“The destruction is meant to pave way for the controversial ethanol producing company as it prepares land for its expansion and encroaching surrounding fields owned by local villagers,” said one villager.

Zimbabwe Coalition on Debt and Development (ZIMCODD) in its weekly review called for the government to stop and reverse its decision to displace the villagers from their ancestral land and centers of livelihood sustenance.

“The displacement of the villagers from their ancestral land is disturbing, unconstitutional and regrettable in a country that fought against land dispossession through a protracted liberation struggle.

“Government must respect the Constitution of Zimbabwe that implores on important national processes like land allocation policy. Local communities should participate in the formulation of policies and development programmmes in their areas so as to influence desired outcomes,” read part of the report.

The weekly review also expressed concern on government turning a blind eye on the villagers saying it is siding with multinational corporations against indigenous black land owners which is seen as a betrayal of the liberation struggle and land reform programmes which are centered on restoring land ownership to the black majority in Zimbabwe.

It also noted that ZIMCODD is also cognizant of the fact that capitalist multinationals are on a spree throughout Zimbabwe displacing and dispossessing black people from their land.

“The cases of Dinde, Musikavanhu and Chilonga pin point how capitalist greed are given first preference by the State in the name of facilitating investment at the same time undermining the human rights and socio-economic rights of black Zimbabweans who culturally own the land,” the report noted.