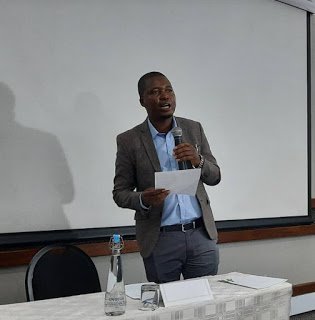 The Media Institute of Southern Africa has
petitioned embattled Eswatini leader King Mswati III to address and put to halt
violations against media freedom in the country after the shooting of two
journalists at work in the kingdom.

In a letter dated July 6, 2021 written by MISA
Regional Governing Council chairperson Golden Maunganidze and supported by 18
signatories from media freedom organisations on the continent, the King has
been urged to ensure the safety of media practitioners in his empire.

“We, the undersigned press freedom and freedom of
expression organisations, hereby write this letter to you to express our
profound concerns with the increasing cases of media freedom violations in
Eswatini.

“We are deeply worried by the turn of events in
Eswatini and call upon the authorities to do everything possible to ensure that
media workers are protected and are not subject to wanton attacks by security
forces,” reads part of the petition.

The petition was written a week after two news
reporters were shot by the police in the kingdom while exercising their duties
with one sustaining serious injuries.

“This
is grossly unacceptable and goes against the values that the kingdom claims to
uphold,” further read the letter.

Maunganidze also took the opportunity to remind the
emperor to respect his country’s constitution and the African Commission on
Human and People’s rights (ACHPR) Declaration of Principles of Freedom of
Expression and Access to Information to which his government is a signatory.

“We urge the Eswatini authorities to demonstrate
their commitment and adherence to constitutionally guaranteed rights by
allowing the media to operate freely without any harassments, assaults, threats
or reprisals for doing their work.

“We are gravely concerned with the excessively
inhumane and largely unreasonable responses by Eswatini security forces in
dealing with media workers. The safety and security of journalists is of
paramount importance to Eswatini, and it is imperative for your government to
ensure that media workers are protected at all times,” read the letter.

The government of Eswatini pressed the panic button
in the wake of protests by the citizens against the rule of Mswati which led to
the government responding by cracking down on the protest by shutting down the
internet.

MISA and
other regional media freedom organisations made a number of demands to King
Mswati III that included ensuring safety and security of journalists, desisting
from the ban of internet services, filtering of internet messages, compliance
with the constitution as well as adherence to the African Commission on Human
and People’s Rights (ACHPR) Declaration on Freedom of Expression and Access to
Information.