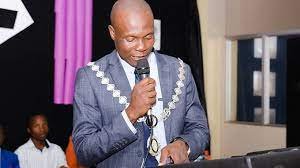 …as council wage bill balloons to $20 million per month

GWERU
–
Residents’ groups have expressed fear that the job evaluation exercise proposed
by City of Gweru will see the local authority retrenching a big chunk of its workforce.

This
follows an announcement by Mayor Josiah Makombe that the initial 2015 job
evaluation report, which was never implemented upon its completion in 2017,
will finally see the light of the day.

In
a statement, Gweru United Progressive Residents and Ratepayers Development
Association (Guprada) director David Chikore said the exercise was meant to
enable council to reduce its workforce from 1 400 to 790.

“The
mayor says no employee will be immediately dismissed but he gives no long-term
job security guarantee, and this leaves some chances that some people will be
affected. The mayor also chooses not to share with us the timeline for this
restructuring exercise, and that seems to be a clever way of avoiding accountability,”
said Chikore.

He
said the fact that council has made it clear that some departments could be
closed with employees being redeployed elsewhere heralded frightening chances
of mass layoffs.

“The
mayor is just making one of his grandstanding and insincere speeches. He is not
bold enough to bite the bullet and tell people the harsh truth that council
wants to retrench. Sometime in 2019, the mayor and the then town clerk Elizabeth
Gwatipedza stated that Town House could not implement the recommendations of
the 2015 GIZ-funded job evaluation exercise as they didn’t have money to
finance retrenchment packages.

“Where
has council suddenly got the funds for retrenchment? One way or the other, they
can’t achieve the 790 figure without retrenching. Could this be a ploy by Town House
to arm twist the restive workforce into abandoning their demands for a wage
increase or it’s a mere coincidence?” said Chikore.

“In
any organisation, job evaluation is important but at the end, there is need to
weigh and see if the results were viable or not. I hope those who came up with
report have seen the environment in which the local authority is operating. As a
resident association, we are yet to be furnished with the report so that we
also understand council’s position.

“Six
hundred people is a big number of workers for council to retrench considering
that some council services are poorly manned due to an insufficient staff complement,”
said Conerlia.

In
his communication, Makombe said council had since realised the importance of
the 2015 report in line with the city’s current financial status.

“In
2015, council embarked on a job evaluation exercise which was funded by GIZ
(German International Corporation) to relook at the organogram of the city to
make it more effective in terms of service delivery and in tandem with our
revenue collection.

“The
report was shelved but we have realised it was a good project and felt we need
to relook at it and resuscitate it. There are 1 400 employees and with the job
evaluation, we will have about 790. With that number, we will save money as
every employee of council will be efficient in discharging their duties in terms
of service delivery.

“The
city’s current average monthly salary bill is about $20 million in the first
three months of the year 2021; almost half the council’s average monthly
revenue of $47 million during the same period,” Makombe.

He
further said no employees were to be immediately dismissed as it will be a
process.