Is Karuru getting better with age? 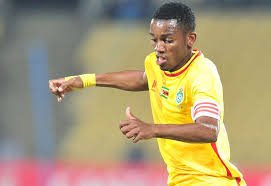 Just
like wine which gets better as it ages, Masvingo’s most celebrated footballer
Ovidy Karuru keeps dazzling in the South Africa’s DSTV premiership where his
foot work prowess and laser focus thirst for goals is simply magnificent to
behold.

Having
scored four goals in eight appearances for the relegation threatened Black
Leopards FC, Karuru could be the white knight whose skills keeps his club
hoping for a lease of life.

Although
age seems not to be on his side, Karuru is definitely enjoying a fine run
donning the Leopards jersey and is defying critics who questioned his inclusion
in the tricky back to back Warriors encounter against Algeria in the Afcon
qualifier group matches.

In
an interview with Limpopo based publication Far Post after signing for Leopards,
Karuru said his ultimate goal is to see the team perform well and accomplish
their targets.

“It’s
not about me, it’s about the group. I just want the team to do well and for me
if I can score more goals I think I have to do that so that I can help the team
achieve their goals,” said Karuru according to the Far Post.

Karuru
has been in fine form for his current paymasters, scoring four goals and
providing two assists in his eight appearances for Leopards.

Masvingo
Mosquito as his fans call him, still has the pace and has been making some
spectacular runs, finding the back of the net and providing crucial assists for
his struggling side.

If
he maintains his superb form, his addition to the Thohoyandou based side can be
a major boost and might change fortunes for his team which is sitting one place
above bottom placed Tshakhuma Tsha Madzivhandila.

Karuru
joined Leopards late last year announcing his arrival from Stellenbosch as a
free agent with a brace against his former paymasters, Amakhosi as Kaizer
Chiefs is popularly known.