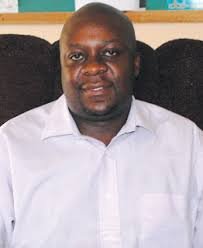 City of
Masvingo acting town clerk engineer Edward Mukaratirwa, who was instructed by
the special full council meeting last Friday to serve city engineer Tawanda
Gozo with a suspension letter today (Monday, February 1) pending an
investigation into his conduct, has said that he is still weighing the options.

Mukaratirwa
said that he will not rush to make a decision without carefully considering all
the other routes available.

“A
recommendation was made by the special full council on Friday last week to the
effect that our engineer (Gozo) should be suspended.

“The
recommendation was presented to my office and I am still putting into play
other considerations. We do not want to make a hasty decision without considering
other options which may be available to us.

“We
would like to see if there are no other options other than suspension but at
the end of the day we need to make a decision that is best for the council,”
said Mukaratirwa.

He said
he would have considered all the options by Wednesday and the public will be
made aware.

The
recommendation to suspend Gozo comes against the background of gross
incompetence in the city’s engineering department.

City of
Masvingo mayor Collen Maboke told TellZim News that Gozo stands accused of
gross incompetence and they registered their displeasure to Mukaratirwa.

Maboke said
he once engaged Mukaratirwa and Gozo over the deterioration of service delivery
in the city and the engineer did not heed the advice.

“What
we did was register our displeasure over the conduct of Gozo to his immediate
supervisor, Mukaratirwa.

“Service
delivery has deteriorated under Gozo’s watch and I once engaged him on the
matter but it seems he did not listen. Mukaratirwa was in that meeting as well.

“So
what the special full council meeting did was to recommend for an investigation
by Mukaratirwa and if Gozo is found guilty, he will face disciplinary action
guided by Section 140 of the Urban Councils Act,” said Maboke.

He said
Gozo committed a serious crime of incompetence which warranted dismissal but
said it is at the discretion of Mukaratirwa to suspend him pending an
investigation or keep him on the job while being investigated.

“Gozo
has no sense of urgency. Recently the city received dirty water from the taps
and it took Gozo the whole day to look into the matter. Look at our roads,
drainage, water, sewer and refuse collection. These have deteriorated to unprecedented
levels and all fall under the authority of Gozo.

“Though
the flaws are all there for everyone to see, protocol says that an
investigation has to be made. It is up to Mukaratirwa to suspend Gozo pending
an investigation or investigate him while on the job,” said Maboke.

Masvingo
United Residents and Ratepayers Alliance (Murra) director said that if the
council has sufficient evidence to suspend Gozo they should do so as long as it
improves service delivery.

Muguti,
however, warned the council against playing politics with service delivery
saying residents have not been receiving any meaningful service from the local authority.

“What
we are against is using Gozo as a scapegoat to hide their own flaws. Residents have
not been receiving services from council for a long time and our thinking is
that the whole council is incompetent.

“There
is need to suspend all incompetent people at council and not play politics with
service delivery,” said Muguti.