July Moyo sides with Sachikonye in tussle for Ridgemont ownership 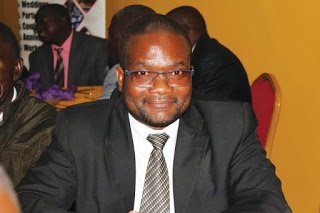 
RUSAPE – The Minister of Local Government Public Works and National Housing, July Moyo has told Rusape Town Council that Ridgemond Park belongs to Norman Sachikonye.
Sachikonye who is a land developer, reportedly bought Vhudzi Farm years back to develop a low and medium density housing project which he named Ridgemond Park.
Rusape Town Council has, however, been trying to seize the land, claiming that it was gazetted as council property which it needed for its own urban expansion plans.
Sachikonye, however, produced papers, plans and the agreement which he had made with the previous council which had Joshua Maligwa as town secretary.
The agreement covered many areas including Sachikonye being required to set up a water reticulation system which would also benefit council’s own Magamba project, and it also required him to pay $42 000. Council has, however, failed to make any meaningful progress at Magamba.
Current town secretary Solomon Gabaza and previous council chairperson Amon Chawasarira rejected the initial agreement, leaving Sachikonye to turn to the ministry for recourse.
Of the 1000 residential stands that Sachikonye wanted to service at Vhudzi Farm, only 261 have been cleared and council has resisted approving the rest.
In a report which came last week Thursday after almost a year’s work, principal director in the ministry, Errica Jones states that Ridgemond Park belongs to Norman Sachikonye and Diagonal Investments.
Upon Jones’ submission of the report and recommendations from the minister, Gabaza stood and asked if the report could be set aside pending the outcome of a report by the commission of enquiry into the sale of land in and around urban areas since 2005.
Jones agreed to put the ministry’s findings aside and wait for the commission of enquiry’s own report.
The commission of enquiry was put in place by President Emmerson Mnangagwa in late 2018, and it went around the country doing its work.