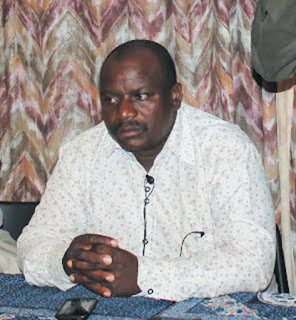 Itai Muzondo
In a move intended to improve efficiency in the firefighting service delivery, the Masvingo City fathers including Mayor Hubert Fidze, Ward 10 councillor Lovemore Mufamba and Ward 9 councillor, Babylon Beta have pledged to serve as volunteer fire fighters.
The move which was derived from lessons learnt from a visit to the City of Kernen in Germany last year, has seen their fire brigade responding swiftly to fire accidents. Lessons on the importance of volunteerism spurred the three councillors to pledge during a full council meeting to work as volunteers in the council’s fire department.
The full council minutes in possession of TellZim News reads that the Town Clerk’s report noted that there was need for the city to adopt volunteer fire fighters starting with council employees leading to the three councillors volunteering in the course of the meeting.
“The Town Clerk reported that the learning point and major issue of the visit was the Volunteer Fire Brigade. It was reported that the Kernen Fire Brigade had a compliment of 55 volunteers of which two were women. Most volunteers were employed elsewhere and only came to duty in the event of a fire accident.
“The town clerk highlighted that there was need for the City of Masvingo to adopt the volunteer fire fighters concept starting with council employees. It was reported that a report would be submitted to the relevant committee for consideration,” reads part of the full council minutes.
“His Worship the Mayor (Councillors H. Fidze), Councillor Mufamba and Councillor Beta volunteered to be fire fighters. The Town Clerk was advised to ensure that the report on volunteer fire fighters was brought to the relevant committee without delay,” further read the minutes.news

He who said it can not be done must not disturb the one doing it!
Share
Facebook
Twitter
Pinterest
WhatsApp
Previous articleFlex Mart supermarkets take Masvingo by storm
Next articleFather-in-law attempts to bed son’s wife