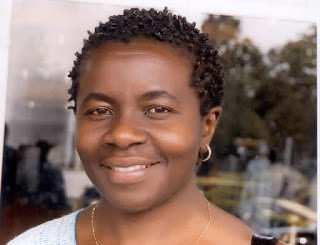 Masvingo residents yesterday voiced their concerns over the behaviour which some legislators showcase while in parliament describing the actions as premature and shameful.
Speaking at a consultative meeting held at Charles Austin Theatre on Criminal Procedure and Evidence bill and the General Laws Amendment bill, stakeholders said many legislators spend precious time in parliament arguing on petty issues.
“When we send our legislators to the parliament we will be expecting them to represent us since we all cannot be there. What is shocking is that you find some of them embarking on senseless arguments.
“We want them to discuss bread and butter issues, things that affect us as the electorate who voted them into power”, said one resident at the meeting.

Jessie Majome
A resident who identified himself as Comrade said that he was shocked when he saw women’s underwear being paraded in parliament.
“Really, how can someone bring a bag full of underwear to the parliament? It is shameful. We expect people to act more maturely and focus on issues that affect the people.
“Right now people are hungry, people are losing jobs and when you try vending, the municipal police will be after you, these are the things our legislators should discuss so that we come up with the way forward”, said Comrade.
Residents also urged the parliamentarians to discuss laws which needs alignment so that the country can move forward.
“You find that legislators have a tendency of booing each other. We want our legislators to behave more maturely for the benefit of the nation”, added another resident.
The consultative meeting was conducted by the Parliamentary Portfolio Committee on Justice Legal and Parliamentary Affairs chaired by Jessie Majome.
The consultative process is ongoing, and after Masvingo they will be in Mutare, after which they will be in Harare.
Bulawayo and Gweru have since been covered, and after the consultative meetings, the committee will write a report of findings to the parliament, towards the amendment of the Criminal Procedure and Evidence Act and the General Laws Amendment Act.local
Share
Facebook
Twitter
Pinterest
WhatsApp
Previous articleGerman city donates I.T equipment to council schools
Next articleTIFAZ kicks off, grows bigger and better