Masvingo to have ICU for the first time

Masvingo province will soon have
its first Intensive Care Unit (ICU) when work being done at Masvingo Provincial
Hospital is completed, TellZim News has learnt.

This came out during a tour of
the referral hospital by Vice President Kembo Mohadi who visited today, June
19, to assess the province’s state of preparedness to deal with a possible
upsurge in cases of coronavirus.

The 21-bed ICU is being built at
the hospital by Mimosa mining company as part of its contribution to the fight
against the spread of coronavirus.

Accompanied by the Minister of
State for Masvingo Provincial Affairs Ezra Chadzamira, Minister of Mines and
Mining Development Winston Chitando and Minister of State in the Vice President’s
Office Davis Marapira, Mohadi was shown around the construction site where men
were hard at work.

An old female medical ward was
partly razed down, with extensive renovations and extension work being underway.

Mohadi was told that Masvingo
Provincial Hospital was established in 1896, and that it will be the first in
the province to host an ICU which will serve severely diseased coronavirus positive
patients. 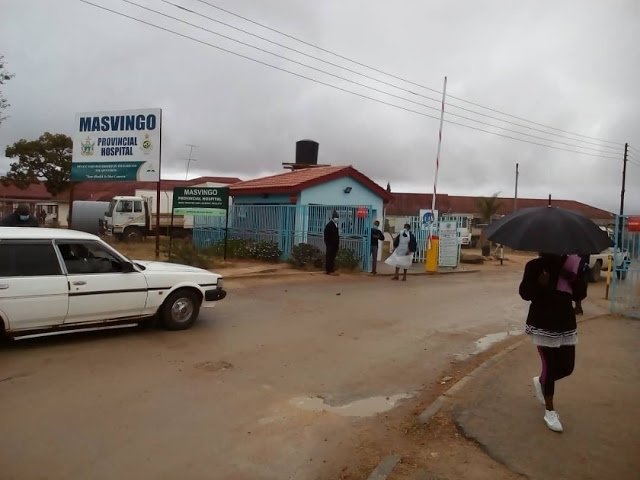 He was also told that work on the
construction site was being done by artisans from the Zimbabwe National Army
(ZNA) Zimbabwe Republic Police (ZRP) and the Zimbabwe Prison and Correctional
Services (ZPCS).

In his address after the tour,
Mohadi urged people to remain vigilant in face of rising cases of locally-transmitted
coronavirus cases.

“The best way to deal with this
virus is to prevent it; we must remain vigilant because if we don’t we will all
die. This is not a job for leaders alone but for each and every one of us,”
said Mohadi in reference to the 20 locally-transmitted cases that were part of
the 62 positive cases recorded yesterday, June 18.

Before his tour of the referral centre,
Mohadi had also visited Mashava Hospital which is almost ready to serve as an
isolation centre with a capacity of 300 patients.