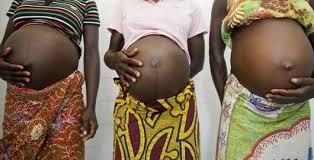 A
report by the Ministry of Women’s Affairs, Community, Small and Medium
Enterprises Development presented in parliament last week placed Masvingo
province on third place on teenage pregnancies and fifth on child marriages.

Chikosi
said his organization played a key role in containing the figures by bringing
sex education to the people during lockdown.

Chikosi
said the cases would have been much higher were it not for his organisation’s
concerted efforts through the Comprehensive Sexuality Education (CSE).

“It’s
not really shocking because Covid-19 affected programming and key partners like
education which was greatly immobilised, thus creating a gap both in delivery
and sustenance against  fractured
community with limited information on CSE.

“It
could have been even worse if it wasn’t for ZNFPC and the media which amplified
CSE information”, said Chikosi.

He said
parents’ lack of sex education was a cause of concern as they could not fill in
the role played by educators at school on issues to do with sexuality which
resulted in pregnancies.

“Parents’
lack of comprehensive sexuality education is also manifesting through these
pregnancies, however going forward we have invested in strengthening parent to
child communication”, said Chikosi.

“As women’s
coalition we strongly condemn the current state of affairs as it shows that the
lockdown has adversely affected teens.

Zimbabwe
recorded 4 959 teenage pregnancies between January and February and 1 774 child
marriages between the same period.

On
child marriages, Mashonaland Central also tops the list having recorded 1 436
cases followed by Mashonaland West with 85 cases and Midlands on third place
with 74.