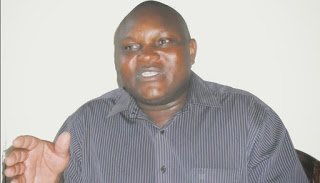 … says PDP is a party of classic idiots

September 18, 2015 – The Tendai Biti led People’s Democratic Party (PDP) deputy secretary general Tongai Matutu has resigned saying he discovered that the party was being ‘led by classic idiots who have nothing to offer besides attacking Tsvangirai’.
Speaking to Tell Zimbabwe yesterday, Matutu said he has since discovered that the party has no capacity to attract supporters.
“I have since resigned. I cannot continue with idiots … they have nothing to offer besides saying Gumbura that, Gumbura this… These guys are a bunch of disgruntled failed politicians who are united over some grievances. They are bitter with Tsvangirai and they have nothing to offer the people of Zimbabwe,” said Matutu.
Matutu who is former Masvingo Urban Member of Parliament (MP) and deputy minister during inclusive government said he was considering looking for another political home.

Although he did not disclose plans to go back to Tsvangirai, Matutu said Tsvangirai’s party was far better than any opposition political party in Zimbabwe.
“I can bet with my wife … Biti has no people and he will never be able to attract 20 000 supporters at his peak. Hate him or like him, Tsvangirai has grassroots support,” said Matutu.
PDP secretary general Goden Moyo refused to comment saying he had not yet received official resignation letter from Matutu.
“In as far as I know, Matutu is our deputy SG. I cannot comment basing on what you are saying because Matutu never told us that he is resigning. I will be able to comment when I get an official communication not rumours,” Moyo told Tell Zimbabwe on Friday morning.politics
Share
Facebook
Twitter
Pinterest
WhatsApp
Previous articleQuench systems tops media category at Lowveld Show
Next articleRCU Initiates Innovative Community Engagement