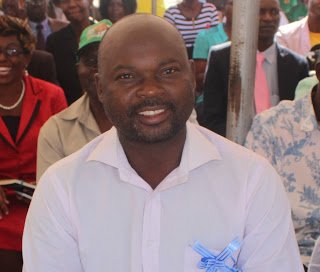 NYAJENA – Renco Mine has
pledged to build 4×2 classroom blocks at Chemadenga in Zengeya area under Chief
Nyajena to help develop one of the least developed areas in Masvingo rural
district.

The mining
company has already erected a single two classroom block which now awaits
finishing touches before it could be ready for commissioning.

Construction of
the second and third blocks has just commenced, with work expected to be
completed by the end of the year.

A six roomed
staff house is also up, and is shared by six school teachers whom the mining
company has promised one more house.

Enrolment stood
at 132 at the time schools closed in March but authorities foresee a rapid
increase to 300 pupils when all the work is done.

Children from
wards 24 and 26 in Masvingo South and Ward 34 in Masvingo Central will form the
majority of school pupils.

“Our MP told us
that he planned to find ways of persuading Renco Mine to help construct a
secondary school. He advised that I should go and plead for assistance from the
company given my position as traditional leader.

“The company
agreed to build the four blocks each with two classrooms provided the community
was ready to volunteer their labour. I am pleased because one of the blocks is
already done and is ready for use,” said Zengeya

He said work on
the school, which sits on the boundary of Masvingo South and Masvingo Central
constituencies, was also made easier with the involvement of Maronge who fed
the labourers and engaged the District Development Fund (DDF) to provide a
tractor.

“We named this
school after a mountain because we wanted to avoid polarising the stakeholder
communities by naming it after one community. Experience from elsewhere had
shown us that naming politics can be divisive to the point of stalling a
project,” said Zengeya.

On his part,
Maronge said he was a former school teacher who understood well the plight of
rural children who either walk for long distances to school or learn in unfit
structures.

“The satellite
Chehudo School does not have enough facilities and pupils there learnt under
difficult conditions. I therefore want to thank the Renco Mine for the support
and I urge them to continue supporting us on other projects like the Jena Rural
Hospital mortuary,” said Maronge.

All secondary
school pupils that used to learn at Chehudo have since been transferred to the
new school which is better equipped to provide for their needs.

The school has
not been registered as an examination centre and form fours will sit for their
exams at Mudarikwa Secondary School which is about 11km away.