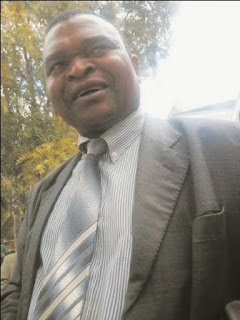 MASVINGO – As the nation is currently engulfed in deplorable labour judgements, shock recently struck civil servants in Masvingo, when most of them woke up to a hell Monday as they failed to get their salaries as any other teacher in the province did on the given day.
Amongst the civil servants, all teachers from Chikwanda School, a satellite school for Rukovo Secondary School in Masvingo district did not receive the salaries in question.
An inside source who disclosed the saddening situation on conditions of anonymity revealed that the affected government employees lost their payments because they were not available for government employee audit which was carried in May. However, what complicates the whole issue is that some of the workers who were not audited received their salary.
“A lot of civil servants have been affected and have since met their Human Resources Department to file their complaints. The civil servants suffered because they were not available for the government worker audit engaged in May this year with some audits reportedly lost.
“The situation will be rectified though it will take some time as government procedures are usually slow,” disclosed the source.

Masvingo PED Zedias Chitiga
Public Service Human Resources Manager in Masvingo Mr Makuze who allegedly addressed disgruntled civil servants on Tuesday rejected to comment saying he was not allowed to talk to the press.
In a telephone interview with Tell Zimbabwe, Provincial Education Director, Zedias Chitiga said he was not aware of the sad situation at Chikwanda Secondary but strongly believed that an operation by the Ministry of Public Service and Social Welfare would have resulted in the mishap.
“I am not yet informed of this. I believe that if you get in touch with the public service they would be in a better position to disclose what happened to the teachers in question,” said Chitiga.
Zimbabwe Congress of Trade Unions (ZCTU) Regional Coodinator, Elliot Muposhi expressed disappointment saying his organisation was going to take action if the situation is not swiftly addressed.
“As ZCTU we have discovered that the only language government understands is confrontation so we are definitely going to take action if the situation is not swiftly addressed,” warned Muposhi.local
Share
Facebook
Twitter
Pinterest
WhatsApp
Previous articleZaka hookers demonstrate for porridge
Next articleGerman city donates I.T equipment to council schools