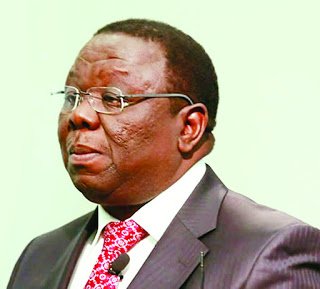 It seems the Joice Mujuru led People First’s recruitment strategy has send other political parties in a panic mode with the latest developments seeing the Movement for Democratic Change (MDC-T) leader Morgan Tsvangirai planning to hold five rallies as well as supervising the structure audit for Masvingo within one week in early February.

Sources who spoke to this publication revealed that Tsvangirai will meet the Masvingo provincial executive this Saturday for an emergency meeting at their Rhodene offices.  The meeting which is expected to be explosive will see the MDC-T leader addressing issues to do with infighting, restructuring and defections after some of his members are rumoured to have joined Mujuru.
The provincial executive is also still working on the rest of Tsvangirai’s itinerary, with his first star rally slated for Mashate Business Centre on February 13, 2016.
Party national spokesperson Obert Gutu confirmed that Tsvangirai was coming to Masvingo but he could not be drawn in to giving exact dates saying he wanted to get the itinerary from responsible authorities’ within the party.
“It is true the president is coming to Masvingo for structures’ audit but I do not have exact dates at the moment,” said Gutu.
All members who are in party structures were last week called for an emergency meeting in Masvingo last weekend where the organisers wanted to fill in the vacant posts before Tsvangirai’s visit.
Similar meetings were held in all seven districts of Masvingo. However, according to the sources, Tsvangirai will not be able to visit Zaka and Mwenezi.
“Tsvangirai is coming for marathon meetings and rallies. The first rally will be at Mashatate on February 13 while other rallies will be held in Chiredzi, Bikita, Gutu and Chivi.
“Tsvangirai will also be doing head count – at this time he wants to see every post being occupied and he want to see the people occupying those positions physically, thus why we are running around to make sure that we will not be found wanting when the president comes,” said the source.
Sources said there was great fear that some people were within MDC-T structures were crossing the floor going to People First.
“I am sure if he comes – even those on the verge of crossing the floor would think twice. We are eagerly waiting for him to come and restore hope to our colleagues in the party,” said another source.