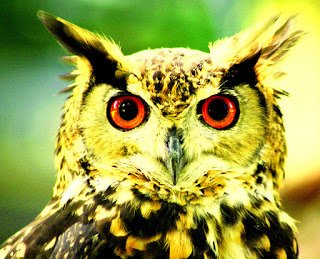 GUTU-Tongues were left wagging at the Reformed Church in Zimbabwe (RCZ) church in Mpandawana town when a woman dashed into the church premises and dropped a live owl before running away in broad daylight recently.
Eyewitnesses who include some church members said the woman also tried to offload a huge snake from her handbag but the snake immediately slid back in the bag each time it was thrown on the ground. Upon realising that people were watching her, the woman put the snake in the bag and took to her heels leaving a live owl in the church premises.
The people at the scene were afraid to run after her and watched bewildered as the woman ran away.
RCZ Reverend Julius Mutumburanzou based in Mpandawana confirmed the incident saying he only saw the owl but he was not sure of what happened to it the following morning.
“I saw the owl last week …it was near the church and a lot of people were shocked. However, I am not sure what happened to it,” said Rev Mutumburanzou.

Other eyewitnesses said the owl had a red cloth on it.
TellZim News was informed that some prophets from Madzibaba Apostolic sect were hired to kill and burn the owl. To this day, no one really knows the intention of the woman who dumped the owl.
Debates are still going on in several church WhatsApp groups with a lot of people expressing shock over the incident.
“I saw it happening with my eyes at around 1630 hours last week and I can’t believe my eyes hey …people are now evil,” posted one of the congregants on Mucheke RCZ Varume Vesungano WhatsApp group.
Although everyone believed that the woman was a witch, a Gutu villager Everisto Nhamburo said it was unusual for witches to behave like that in broad daylight. Nhamburo believed the woman was having problems with her witchcraft paraphernalia and may have believed that dumping everything before a church would free her from witchcraft and absolve her of any wrongdoing.
Share
Facebook
Twitter
Pinterest
WhatsApp
Previous articleMujuru finally meets Masvingo executive in Harare
Next articleCouncil refuses to donate towards Zanu PF conference