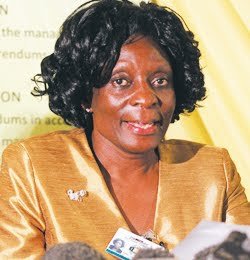 Kennedy Murwira
The Youth Forum for the Restoration of Democracy (FORD) has called on the Zimbabwe Electoral Commission (ZEC) to explain the lack of voter registration in the country ahead of the 2018 elections arguing that what they are doing is outside the law.
FORD founding chairman, Lloyd Mupfudze, said they were concerned with the lack of voter registration which is supposed to be a continuous process in terms of the electoral laws in Zimbabwe. He added that they were dismayed by ZEC’s failure to provide specific information on the status of voter registration across the country noting that some people failed to register ahead of the 2013 elections due to the short registration period and the unavailability of resources to decentralise the process.
“ZEC must conduct itself in the manner specified in the constitution. This means that they must ensure that elections and referendums are conducted ‘efficiently, freely, fairly, transparently and in accordance with the law’,” Mupfudze said.
Mupfudze said voter registration should be a continuous process not a once-off event or exercise to be conducted 90 days before an election. He said there was need for a comprehensive civic and voter education programme.
“ZEC should also adhere to the SADC principles and guidelines governing the holding of democratic elections adopted in 2004 and the African Union Declaration on the Principles Governing Elections in Africa adopted at the 38th Ordinary Session of the OAU in 2002 in Durban, South Africa,” he said.
The guidelines give recognition to international, regional and domestic observers and invitations are not limited to so-called friends of Zimbabwe. The function of sending out invitations, Mupfudze said, must be totally vested in the Zimbabwe Electoral Commission and should not be the prerogative of the State.news