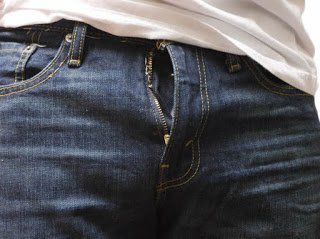 Brighton Chiseva
A Zaka man, with an insatiable appetite for sex but with very little or no charming skills at all, in his depravity decided to use juju known as mubobobo to have sexual intercourse with both girls and married women in the village.
Vuramai Tsikirai, from Chinouriri village under Chief Ndanga, has shocked people in his area with his alleged new method of using ‘handkerchief juju’ to lure women into having sex with him.
The latest method, which no longer involves his other mubobobo way of entrancing women by a handshake, is said to be more advanced with Tsikirai simply pointing at selected women using a handkerchief.
Previously, he would shake hands with those he intended to victimise, throwing them into a trance which would make them follow him begging for sex.
The handkerchief method was once employed in one of the late Safirio ‘Mukadota’ Madzikatire’s comedies series but Tsikirai employed it in real life.
Last time, Tsikirai was brought to Chief Ndanga’s court and was ‘cleansed’ by a team of traditional healers from Zinatha after several women came forward claiming to have been enticed by him.
Sources, however, say the ruffian has devised new methods of luring his victims after noticing that women were no longer eager to shake hands with him.
The new technique involves simply wiping his face with a muti handkerchief and pointing it at any female person he wants to sleep with.
This would almost immediately make the victims follow him and beg for sex.
Chief Ndanga, Reuben Chimedza, said he was aware of the latest acts of mischief by Tsikirai and had since summoned him to his court for a hearing.
“I have received those reports and have since called him to court. He once appeared before my court but the issue was presided over by my elders,” said Chief Ndanga.
In the previous cases, Tsikirai is said to have admitted to using juju to sleep with the numerous women and girls who came forward to report.
TellZim News has also been informed that other women did not bother to report him but are said to have confirmed that they had been abused by him.news

He who said it can not be done must not disturb the one doing it!
Share
Facebook
Twitter
Pinterest
WhatsApp
Previous articleChiredzi man sells dog meat, gets away with it
Next articleVillagers protest Bikita RDC ‘land grab’