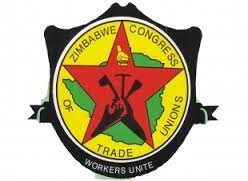 Saturday 08 August 2015 – Zimbabwe Congress of Trade Union (ZCTU) demonstration over massive job losses by the workers currently witnessed in the country flopped on Saturday after people failed to turn up  in Masvingo.
The demonstration was supposed to start at ZCTU office in the morning and end at Benjamin Burombo building – where the demonstrators were supposed to handover their petition to Minister for Masvingo Provincial Affairs Shuvai Mahofa.
ZCTU provincial coordinator Elliot Muposhi said that the problem with people in Zimbabwe is that they are scared of the current government.
“We had scheduled demonstrations throughout the country to send a message to the government and the employer that we are not happy with the way workers are being victimised. We were hoping for a huge turn up but it seems people cannot stand for their rights,” said Muposhi.

He added that the arrest of the movement’s leadership in Harare Saturday morning also contributed to the flopping of the demo since social media platforms were awash with the message.
“The ZCTU leadership was arrested today in Harare and the message circulated on social media cultivating fear among the people,” added Muposhi.
However, ZCTU managed to send their petition to the Minister of Public Service Labour and Social Welfare and the Employers’ Confederation of Zimbabwe (EMCOZ) with their demands.local
Share
Facebook
Twitter
Pinterest
WhatsApp
Previous articleMasvingo vendors coming back to the streets
Next articleMayor says firing of workers compromises service delivery