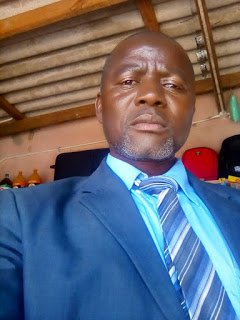 …as three families
fight for headmanship

ZAKA – The delays made by the government
to install substantive Chief Bota in Zaka has caused a lot of problems in an
area suffering wrangles related to the selection of substantive headmen Mushaya
and Dekeza.

The Bota
chieftaincy fell vacant in 2016 year when then chief Chiyo Mugabe died,
sparking a fight for control between his two sons Naboth and Peter Mugabe.

By virtue
of being the eldest, Naboth was supposed to take over but he had been
ostracised for allegedly plying opposition politics in the previous years when
he represented his elderly father in many roles.

His younger
brother Peter took over the role of standing in for his ailing father, but it
all turned sour when the chief died, and after authorities made the late
chief’s younger brother Zezai Charuka acting chief.

Due to
his advanced age Charuka also delegated authority to his son Kamurai Zezai who
was asked to work hand in hand with the late chief’s son Peter.

However,
the two failed to work together as each of them sought to build their own bases
by appointing conflicting headmenships without the consulting the other.

Some deliberations
were done in 2018 to choose the next chief, whom many agreed should be from the
Bwazvo family of the Mutatavikwa house but this has not yet materialized.

A number
of village heads are now calling for the immediate intervention by government
so that a substantive chief can be appointed before the conflict degenerates.

“The
government should make sure that a substantive chief is found as a matter of
urgency. The acting chief is after fattening his pocket and we cannot continue
like this anymore,” said one village head who spoke on condition of anonymity.

In the
Mushaya headmanship, the acting chief is said to be preparing to install Wilson
Nhongo as headman without proper procedures being followed and is alleged to
have asked for five beasts as his payment and has been shown three so far.

The
headmanship is currently in the Chavurura house’s Mugarajira family which currently
holds it on an acting basis following the death of the substantive headman more
than five years back.

However, deliberations
done later resolved that the headmanship must go to the Mutangiri house which
is made-up of two sub-families namely Munerei and Tavengwa.

Some
deliberations that were done last year in June had resolved that the throne
goes to the Munerei family but it is alleged that the acting chief was bribed
by the Tavengwa family and is now in favor of their ascendency.

When
contacted for comment at some point, the acting chief denied having been bribed
and said he had no power to install a headman but could only guide the process
as the leader of the chiefdom.

“I have
no power to install a headman and people who are saying I am being bribed are
only after soiling my name,” said Zezai.

Nhongo
also said by virtue of being the eldest member and a father to the Munerei he
was supposed to take the leadership of the area saying the Munerei’s are his
sons and could not rule while he was still there.

“I am the
father figure left in the Mutangiri house so I am the heir to the throne not
the Munerei family. They are my sons and if they are to rule it will be after
my blessing,” said Nhongo

However,
an anonymous member of the Munerei family said Nhongo and the Chief publicly
acknowledges that the throne was theirs but they will not rule because they are
stingy.

“The
Chief and Nhongo were heard saying the throne belong to us when the chief was
shown the beasts at Nhongo’s place but will not give us our right because we
refused to bribe him,’ said the family member.

Munerei
family had chosen Farai Munerei as the heir to the throne and claiming that the
families had at some point agreed to his ascendency.

Others
also allege that the acting headman Mushaya bribed the current Zaka District
Development Coordinator (DDC) Memory Dhliwayo to stall the new headman
selection process so that can have more time as acting headman.

When
contacted for comment, Dhliwayo refused to comment as had been her norm saying
she was not authorized to speak to the media so she could not comment on
anything before seeking for permission form her superiors.

“I cannot
talk to the media unless I have been authorized by my superior who is the
Provincial Development Coordinator,” said Dhliwayo

The Dekeza
clansmen are saying the time the two year term which a chief or headman should
be on acting basis has already lapsed.

The
Dekeza originally had four houses who are the sons of Chikanda or Gandamina who
had been given the chieftaincy from his father Nyajena.

The four
houses are Zimbende, Chena, Muchinjwa and Magadzire and the throne should
rotate among the four houses as it had been monopolized by a single house for
too long.