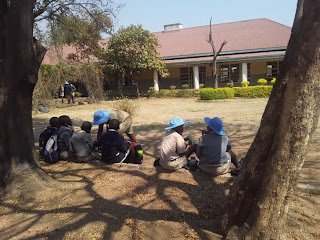 … As schools struggle to meet minimum WHO Covid-19 regulations

Teacher unions have condemned government’s move to open schools on September 6 amidst the Covid-19 lockdown saying it puts teachers and pupils at risk of contracting the deadly disease.

They said overcrowding during travelling in overcrowded transport is risky and complained that there was no adequate preventive measures in place in most schools.

The government gave green light to opening of schools in phases with exam classes having opened on Monday 30 August and non-exam classes the following week.

Progressive Teachers Union of Zimbabwe (PTUZ) President Dr Takavafira Zhou said schools are ill prepared for opening as there is no Covid-19 abatement equipment in schools.

“The health and safety of teachers and pupils is not guaranteed particularly because hay are ordered to conglomerate in schools with ancillary staff without Covid-19 testing.

“For the record ARTUZ is for education and our hope is that government attend to the fundamentals to enable our schools to safety and effectively open,” said Masaraure.

Decongestion will be ensured by arranging that learners come on alternate days.

“We are expecting ZUPCO buses to be provided for students to avoid congestion, schools are also reminded to adhere to the provisions of the Standard Operating Procedures to ensure safety of learners and stakeholders,” commented Mhike.

Parents and stakeholders in the education sector have reacted to recent government directive to have a phased reopening of schools starting on the 30th of this month.
Examination classes will reopen on August 30, 2021 while other classes are expected to open on September 6, 2021.
Barely 24 hours after Minister of Information, Publicity and Broadcasting Services, Monica Mutsvangwa announced an extension of the 14 days lockdown, cabinet decided to announce the reopening of schools, a development which came as a surprise to many.
Progressive Teachers Union of Zimbabwe (PTUZ) president, Doctor Takavafira Zhou said government did not consult widely and ignored teachers concerns.
‘This is a ‘commandist’ move and it brews confusion. The government is inconsiderate of teachers’ welfare; they have stated that they will hold a meeting with teachers unions but they did not,” said Dr Zhou.
TellZim News also spoke to some parents in Masvingo who shared their sentiments over the development that caught  them unprepared.
George Munetsi, an informal trader in Central Business District (CBD) said the tuition fees schools are charging is beyond the reach of many who mostly survive on vending.
“I sell sweets, maputi and fruits for survival so it is going to be hard for me to raise the fees. Local high schools are charging beyond the reach of many parents considering that many families are surviving on informal trading,” said Munetsi.
Nessia Chiremba who is a widow and has a child learning at St Augustine’s High School complained about the fees structure at her child’s school which is over ZW$55 000.
“My daughter is at a boarding school and I am supposed to raise ZW$55 700 in just three days.  I do not know how I will raise that kind of money in just three days since the check in date is August 29, 2021.
“She wants groceries to compliment food which they get at the school’s dining hall. It is also that time of the month when I have to pay rentals so we hope the government intervenes and give a directive to schools to be lenient with us,” said Chiremba.
However, some parents are seeing positives in schools being opened which they say will reduce the issue of child marriages and unwanted pregnancies which are on the rise.
“It is the best thing to have schools opened because child marriages are  rising and the girl child is facing a lot of risks daily. As for me, I was making some savings all along as I tried by all means to balance my finances in anticipation of schools re-opening,” said Gamuchirai Mangondoza.
Meanwhile, Great Zimbabwe University (GZU) Student Representative Council (SRC) president, Tapiwa Takavarasha bemoaned lack of face-to-face learning but said students got enough time to prepare for exams during online learning sessions.
“Obviously students did not get enough time for face-to-face learning but they had plenty of time to prepare considering they had online lectures and timetables were constantly shared with them,” said Takavarasha.
Most state owned and private tertiary institutions have called for mandatory vaccination of students in order to sit for their end of semester examinations.