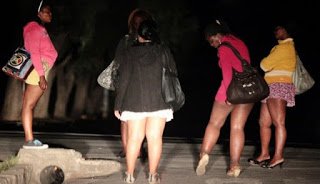 Kennedy Murwira
A sex workers meeting that was scheduled to be held at Mpandawana last week failed to take off after the organisers of the meeting failed to turn up.

The meeting, organised by the Sex Workers Action Group (SWAG) was due to be held at the J Dauramanzi Restaurant. A worker at the restaurant, Martha Mukaro, said restaurant staff had to remove the chairs, tables and other material which had been set up at the venue after a fruitless three-day wait for the oganisers to pitch up.
Sex workers who spoke to this publication said they were not happy with the way in which the organisers of the meeting had wasted most of their time over the three-day period while they waited in vain. They added that the time spent during the fruitless wait could have been put to better use if they had had the opportunity to seek for clients. Competition on the market has steadily gone up at Mpandawana with sex workers coming to throng the new town from as far afield as Checheche, Buhera, Harare, Chivi and some parts of the Midlands Province.
The meeting, the sex workers said, was supposed to discuss among other things issues like legalising their profession and setting  a standard rate for their client. The workers argued that the competitive rates at Mpandawana were bringing more and more members of their profession from other centres where the rates had gone down to as low as $1 for a short period and $3 to $4 for the night. They said the rates at mpandawana stood at $5 for a short period and $15 to $20 for the night. Their assertion was supported by one sex worker, who recently came to the town from Murambinda in Buhera who said rates at the growth point had become too low.
The organisers of the meeting could not be reached for comment whether the meeting will go ahead in the near future. However, the sex workers said they would boycott the meeting since they had already lost a lot of business during the fruitless three-day wait.