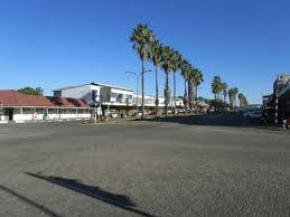 Zimbabwe National Statistics Agency (ZIMSTAT) has reviewed that in the Multiple Indicator Cluster Survey (MICS) of 2014, Masvingo province has recorded a rise in the Infant Mortality rate and Neonatal mortality rate.
The statistics that were revealed during a workshop programme for the dissemination of the MICS 2014 survey at Flamboyant Hotel recently showed that the Infant Mortality rate for the province is at 63% slightly above the national rate which is at 55%.
In the same regard the Neonatal Mortality rate for Masvingo province is at 34% which is also above the national rate of 29%.
Dr Amadeus Shamhu who represented the guest speaker the Provincial Medical Director (PMD) Dr Robert Mudyiradima said that the province was happy with MICS survey as it helps in noting areas that needs urgent attention.

Masvingo City
“The province is therefore, happy to receive survey results such as MICS to inform areas that need attention within our province, particularly regarding women and children, when drawing our programmes”, said Shamhu.
The actual cause for the rise in Neonatal mortality and Infant mortality could not be drawn as the PMD only referred all the questions to MICS.
Meanwhile statistics released by MICS also show that Masvingo’s use of improved of drinking water is at 64.3%.local
Share
Facebook
Twitter
Pinterest
WhatsApp
Previous articleChaos ahead of council Germany trip
Next articleGovernment fails to honour pledge on passport fees