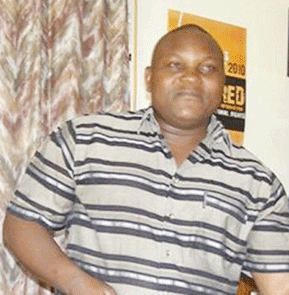 September 19, 2015– There is commotion in the Movement for Democratic Change (MDC-T) Masvingo provincial structures following the former Masvingo Urban legislator and now disgruntled People’s Democratic Party (PDP) deputy secretary general Tongai Matutu’s indications that he might consider re-joining the Morgan Tsvangirai led party.
Although, Matutu  is quoted in other sections of the media saying that he has not yet resigned from PDP, he told Tell Zimbabwe early this week that he was no longer interested in working with Biti. He described PDP leaders as ‘classic idiots’ who do not have any capacity to win any election in Zimbabwe.
But Matutu’s plans to trace his footsteps back to MDC-T has been since received with mixed feelings  as  those who remained with Tsvangirai argue that he should not be readmitted while others strongly believe that Matutu’s come back will add value to the party.
MDC-T national spokesperson Obert Gutu told Tell Zimbabwe that he was happy to learn that ‘Matutu has seen the light’.
“If Matutu has repented and seen the light, the party would welcome him because we have a big tent approach.  We are not vindictive like ZANU PF so if our prodigal son wants to come back home, he is welcome.
“Matutu has been a member of the party for a long time… he has realised that Tsvangirai is the only president and as a democratic party we welcome him back to the struggle. The same will apply for other prodigal sons who lost their way,” said Gutu.
However, Masvingo provincial MDC-T officials have been using social media to trade insults after disagreeing on the way forward in case Matutu knocks at their doors seeking to be forgiven and re-admitted into the party.

Tongai Matutu
“We have learnt through Tell Zimbabwe that Matutu wants to come back to the party and we believe this guy cannot be trusted. We do not want anything to do with him and his fellow colleagues.
“When they left they tarnished the party’s reputation and now he wants to come back to the party they once cursed? The party has to look into this matter carefully,” MDC-T official contributed in a debate on WhatsApp discussion.
Another insider said officials in a WatsApp group called MDC-T Tisu Anhu Acho started to trade insults on Friday afternoon and the debate is still going on as people continue to discuss on the best way to handle Matutu once he officially announces his position.
MDC-T Masvingo provincial chairman James Gumbi however, said although people have the freedom to discuss the issue, the province will not hesitate to open the door for Matutu.
Speaking to Tell Zimbabwe on Saturday, Matutu maintained that he was considering going back to Tsvangirai.
He said that he was not looking for any position if he is re-admitted in the MDC-T.
“I am no longer after positions. MDC-T has always been my home and I have brothers and sisters there. Of course, my intention is certainly going to make some people insecure because they think that I may take their positions…. Let everyone know that once accepted, I will just work as an ordinary member in the party until 2018.
“Fighting for democracy is in my DNA and it’s not a secret, people must know that I am more effective without a position. I have done a lot of work for MDC and I want to continue with that spirit,” said Matutu.
Quizzed to shed light on his actual position in the PDP, Matutu laughed and repeated that he was prepared to go back to Tsvangirai.
Matutu did not attend the strategic planning meeting for national executive members held in Gweru this week. politics
Share
Facebook
Twitter
Pinterest
WhatsApp
Previous articleRCU Initiates Innovative Community Engagement
Next articleMasvingo ZANU PF district elections put on hold