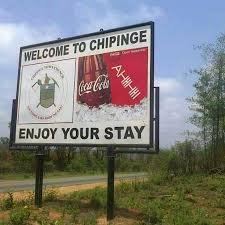 CHIPINGE – The Muzite community in Chipinge rural’s Ward 15 has called
on the government for help to complete a clinic project which they had embarked
on using pooled resources from the members of the community.

Ward 15 councillor Simbarashe
Simango said the community saw it fit to raise some money and resources to
build their own clinic since they did not have a health facility close by with
villagers travelling about 25 kilometers to access the closest health
facilities.

“We have been lobbying to
have a clinic close by and our people have been travelling long distances to
get medical help.

“The closest clinic is 25
kilometers away and our people have been affected by the situation hence the
reason why we came together as a community to start building our own clinic.

“One wall has been completed
but the other three sides are still at lower stages as we have fallen short of
cement, brick force among other requirements.

“We would also want roofing
materials and more material for an incinerator,” said Simango.

He said the community took the
initiative and provided labor and gathering of raw materials for the project.

“The community molded
bricks, gathered river sand for the construction, and our Member of Parliament
Raymond Machingura helped with some material towards the construction of the
clinic.

“We are hoping that the council
will channel some funds from devolution so that the clinic would be completed.
The community has shown that they are willing to see the project complete as
shown by the commitment to gather resources on their own.

“The health of our people can
only be possible if we give them services at accessible locations,” said
Simango.

One of the villagers said they
were ready to work once resources have been made available.

“It is very difficult to go to
a clinic since we do not have one close by. Travelling a distance of over 25
kilometers is not a joke.

“We call on the responsible
authorities to help us because we have already done the ground work,” said one villager.

Despite the clinic challenge Ward
15 has potable water challenges and road network has deteriorated from the
recent heavy rains.

The Muzite- Mugindi road, which is the major
road linking the community has been badly damaged making it difficult for
villagers to move.