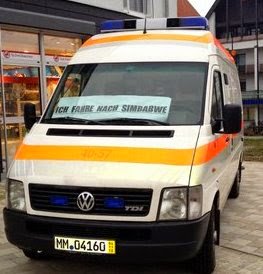 There is an outcry over allegations of worsening conditions at Masvingo General Hospital after several patients approached Tell Zimbabwe complaining of suffering abusive treatment at the hands of nurses and doctors at the hospital.
One woman claimed that she witnessed six expectant mothers losing their newly born babies due to inadequate care and outright recklessness on the part of nurses in the maternity ward.
“It’s not comfortable being in the maternity ward at Masvingo General Hospital because the nurses are rude. Worse still they can leave you alone for a long time if they think you are overreacting to labour pains,” said the woman who gave birth at the institution late last month.
“Some six mothers I shared the ward with lost their babies as a result of the carelessness,” said the woman.
“They were rushed for Caesarean operation after the nurses realised that it was too late. One of the nurses came back telling expecting mothers that anyone who would act like those women taken for caesarean operations would risk losing their babies,” she added.

Another woman who spoke to Tell Zimbabwe said she was roughed up during her entire stay at the hospital.
“When I was in labour they would shout at me and say I must push enough or else I would die with the child like many other women who came before me. I was lucky to get out of there alive with my child,” she said.
The hospital could not confirm nor deny the allegations, saying patients needed to register their complaints with authorities at the hospital.
“We have proper structures that are designed to cater for the complaints of our patients if they have any,” said Ruth Zulu, the hospital’s Public Relations Officer.
“Our mission is to help our nation achieve its health goals and we do all that we are supposed to do to meet patient expectations. I often interact with patients in the absence of nurses so as to give them room to report such issues freely,” she said.
She urged patients with complaints to feel free to approach her office at any time.
“If they fear victimisation, they can do it anonymously by writing on small pieces of paper and sliding them under my office door or they can do so upon being discharged from the hospital,” she added.Local
Share
Facebook
Twitter
Pinterest
WhatsApp
Previous articleTraffic police arrested over corruption
Next articleSchools dismiss students over fees