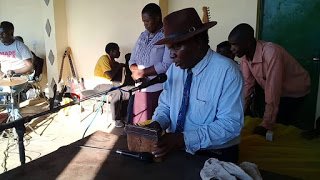 CHIPINGE – The writing of a Ndau dictionary Ndau in Chipinge has excited many traditionalists and custodians of culture who see it as significant to the preservation of the language.
A project called Musai ChiNdau Authors is spearheading the promotion of literature in Ndau language.
The authors include John Madhodha Dube, Gift Chitumba, Newman Sigauke, Life Madhodha, Bonnie Sithole and Samson Mhlanga.
Dibe, who is the project chairperson, said their work was aimed at helping scholars with Ndau vocabulary.
“Our aim is to have a rich library of Ndau literature. We have several unpublished poetry anthologies in Ndau language. Now we are completing the writing of a Ndau dictionary which we hope will be useful to scholars.
“We are excited that Ndau is now recognised as one of the 16 official languages of Zimbabwe and we want to publish the Ndau dictionary to promote our language. We appeal for any well-wishers to help us publish the dictionary,” said Madhodha.
Cultural expert Irikidzai Mtetwa, who is a niece and assistant to Chief Musikavanhu, said the project was important in efforts to preserve Ndau identity.
“I am pleased by what the authors are doing. Many people shy away from identifying themselves with Ndau language so these authors are uniting all of us,” she said.
Ndau Festival of the Arts director Phillip Kusasa, an author in his own right, urged more Ndau writers to promote their language.
“More Ndau literature is required since we have a critical shortage of Ndau books for academic and entertainment purposes. Seeing writers coming up with such a project is something that excites everyone concerned with the promotion of Ndau language.
“Currently, Ndau Festival of the Arts is working in consultation with Curriculum Development Unit in the Ministry of Primary and Secondary Education so that Ndau literature is considered for academic purpose,” said Kusasa.