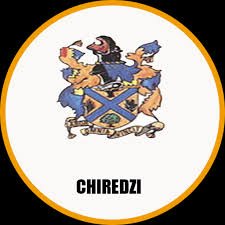 CHIREDZI– The youth here have called on the
Chiredzi Town Council (TC) to stop treating rates defaulters with kid gloves saying service delivery has been dealt a huge blow
by non-payment of rates.

During a service delivery feedback
meeting conducted by Tell Zimbabwe (TellZim) last week at Mamak Lodge with
citizen journalists and youths from Ward 3, town council chairperson Gibson
Hwende and his deputy Ropafadzo Makumire were taken to task to explain the
state of service delivery in the sugarcane town.

Chiredzi town’s $400 million budget was
recently approved and the youth called on the council to deal decisively with
rates defaulters so that revenue can be generated.

“We have a budget of $400 million and
much of the funding comes from revenue streams chief among them being rates.
The council is owed a lot of money and there are no mechanisms in place to make
sure that people pay for the services they receive.

“The less people pay, the more service
delivery suffers. We will not go anywhere if we keep this up. There are other
people who religiously pay their bills but are not getting the service because
others are not paying.

“Let us be a responsible citizenry,”
said one youth at the meeting.

During the peak of the Covid-19 induced
lockdown, Chiredzi TC revenue collection dropped to 5 percent from 56 percent.

Wards 5, 6, 7 and 8 have acute water
shortages which have severely affected payment of rates to Chiredzi TC which
one youth Thandeka Tsumele said the council should improve in order to increase
their revenue collection.

“Poor revenue collection by Chiredzi TC
should be blamed upon themselves. The local authority should employ stringent
measures to those who are enjoying services as well as improve on those who are
not getting it in order to justify the need for its stakeholders to pay rates.

“Those who are not getting water might
be the ones willing to pay for the service, so council should improve on that,”
said Tsumele.

Chiredzi TC vice chairperson Makumire
said there was need to improve on water reticulation, which they seek to
improve through employment of technocrats in the field being supported by
devolution funds which will be mainly channelled towards improving water
reticulation and distribution.

“We are very much aware of the water
situation, though some areas like my ward and ward four are better than others.

“Your council sought to employ
technocrats to deal with the problems one and for all and some of our devolution
funds will go towards the upgrade of the water reticulation and distribution,”
said Makumire.